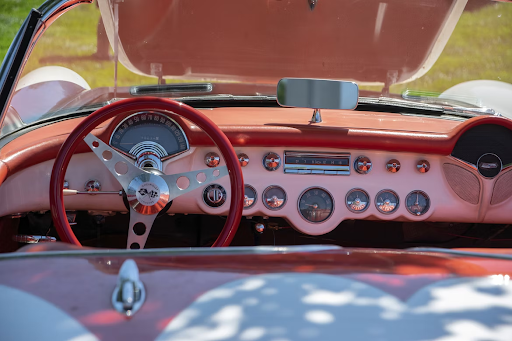 Whether you're looking for top supercars cruising around London, meticulous restoration projects, or ancient treasures parked in garages, Instagram's automotive scene is a diverse and vibrant community for aficionados. Although there are accounts maintained by industry photographers, automobile manufacturers, and race teams, many of the profiles gaining traction on the platform are simply hobbyists snapping images with their phones. Below are a handful of the top amateur and professional photographers.

Porsche has partnered with Ted Gushue, an automotive photographer and personality, to develop @type7, an Instagram account that serves as a daily lifestyle magazine concentrating on the human aspect of the Porsche world. The magazine, which is named after a fundamental prototype of the 911 known as the Type 754, is a must-read for everyone interested in the characters and ideas that surround this famous German brand. It's interesting to see Porsche embrace such a boutique approach to the platform, given that the company has its own Instagram account with over 13 million followers (not to mention all of the market-specific profiles like @porschecanada). While most people think of Instagram as a visual medium, Type7 takes it a step further by including a whole story in the photo description, combining Instagram with a blog-like feature that adds context and appeals directly to the lifestyle side of automobile ownership.

Gushue, a rising figure in the auto industry, a veteran of the antique car newspaper Petrolicious, and the owner of his own amazing Instagram account (@tedgushue), is an excellent fit for the medium. He contributes to the page with a keen eye for style and deft photographic styling, as well as stories about notable models, Porsche design history, and Porsche owners, many of whom are Gushue's friends.Type7 feels clever, well-produced, and pleasantly laid-back as an addition to a huge corporate account. Popularity on Instagram is not only about photography but also about the personality behind each photo, and I believe that efforts like Type7 add a human element to what can otherwise feel like generic business communication and marketing brochure imagery. With stunning photos, compelling people, and a diverse supply of enthusiast-focused content, Type7 appears to have discovered the key to success on Instagram. 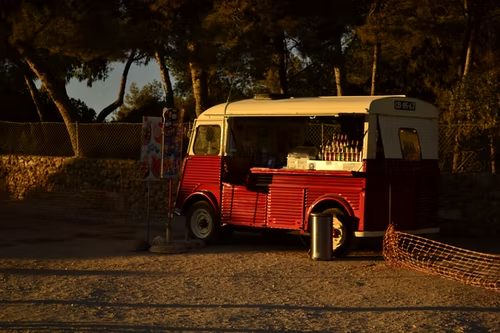 Amy Shore, a photographer located in the United Kingdom, is known for her automotive photography, but it's how she depicts the people and stories behind the cars that sets her work differently. Shore has an eagle eye for capturing the small things that endearingly convey the human stories that lie beneath the world of cars and motorsport. She discusses her foray into the field of automotive photography, her influences, and how trusting your gut may help you stand out from the crowd. She first picked up a camera when she was a toddler. She took a lot of pictures with her father's film camera, but they turned out terrible! “Thankfully, I've made some progress since then,” said Amy, and continued: “it’s funny that the first images we ever usually take when we get a camera - whether it’s your first camera or simply a new one - are usually ones of whatever is directly around us at the moment of unboxing in our house. I have taken so many ‘first’ images of mugs of tea, my cat, dying plants (because I can’t seem to keep them alive) and mirror selfies.” Amy’s father worked for Team Lotus F1 in the late 1980s before pursuing a career in historic sports vehicle repair. Twenty years later, the folks who worked on the restorations wanted some reference photos of a Ferrari P4 replica, and they knew Amy had a beautiful camera and was somewhat interested in automobiles. The photographs I took with the P4 went viral on the internet. “Less than a month later, I went to the Goodwood Revival with my dad and photographed it for fun. I sent those photographs to Goodwood via their Facebook page which they saw months later and asked if I wanted to shoot the Goodwood Members Meeting event. Car photography found me rather than me finding it,” said Amy. The below photo that she took at the 2016 Goodwood Revival of a team pushing back a Maserati 250f is one of her most favorite photos of her own. 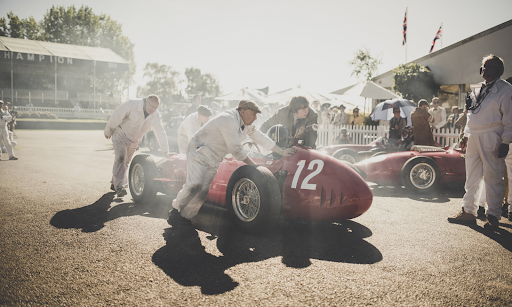 Hranek is the founder and editor of Wm Brown magazine, a visually spectacular, glossy, print-only men's lifestyle magazine, and the owner of the @wmbrownproject page with over 70,000 Instagram followers. Hranek, 53, started it two years ago from his Sullivan County prefab house. Hranek, a renowned roving photographer whose most recent big job was as a contributing style editor for Condé Nast Traveler, is convinced that there are enough men out there who share his interests in good food, great clothes, fantastic travel, classic cars, fine cigars, and "manly country squire" activities like fishing and hunting. He is the best representative of the lifestyle that his publication promotes. He dresses in bespoke suits, wears luxury timepieces, drives vintage automobiles, smokes excellent cigars, bonefishes in clean seas, hunts in virgin wilderness, creates gourmet dinners, and consumes copious amounts of Negronis. He also does a terrific job at singing Sinatra songs. "I'm a crooner," he admitted. The man's life is enchanted, grand, and full of pleasures. He said he works all the time, pulling out his triannual magazine (next year, he hopes to make it quarterly). Wm Brown has 30,000 subscribers (annual subscriptions are $90; copies are $20 at certain retail outlets and bookshops). A Man and His Watch and A Man and His Car are two books he has written. And he has  just finished a manuscript about his all-time favorite cocktail, the Negroni. He is now working on a cookbook. Exciting and inspiring, isn’t it?

Classic Cars Photography, founded by film photographer Thomas Audiffren, has only one philosophy: "Shooting classic cars on film to offer timeless memories for iconic dreams on wheels." Shooting only on film is the best way to capture the actual essence of automobiles like a 1960 MGA Roadster, a 1959 Triumph TR3, or a stunning 1958 Porsche Speedster. Working primarily with his favorite medium format film camera allows him to take the time necessary to develop an original and unique style for each and every image. Thomas, who is currently stationed in Cannes on the French Riviera, is always available to follow his clients across the globe. He follows the magnificent automobiles wherever they lead him. 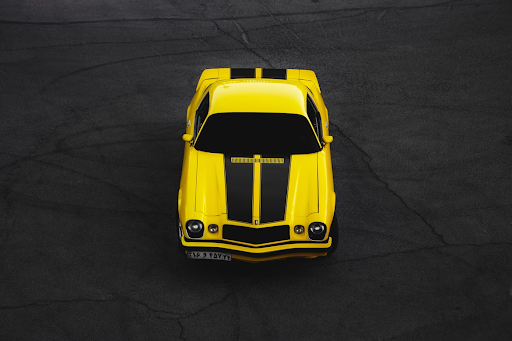 By providing a window into the world of vehicles and the business of cars, Chrysler's Global Head of Design has amassed an Instagram following. Ralph is known for his large, loud American sports cars, which include Chryslers. Ralph Victor Gilles is a Canadian-American vehicle designer and executive. He joined Chrysler in 1992. The 2005 Chrysler 300, which won North American Car of the Year, was styled by Gilles. Gilles was also the head of the design team for the 2014 SRT Viper. Before being elevated to Head of Design for Fiat Chrysler Automobiles in April 2015, Gilles was President and CEO of Chrysler's SRT brand and Senior Vice President of Design at Chrysler. In 2021, he became the newly merged company's chief design officer after FCA joined with the Stellantis group. Gilles was reared in Montreal, Quebec, after being born in New York City to Haitian immigrants. Gilles began sketching vehicle ideations when he was eight years old. His aunt Gisele Mouscardy forwarded one of his sketches to then-Chrysler Chairman Lee Iacocca when he was fourteen years old. K. Neil Walling, Chrysler's design boss at the time, responded by recommending that he attend one of three design schools. And see where his aunt’s decision took him!

From early 1900s antique touring vehicles and roadsters to legendary muscle cars of the 1960s, 1970s, and 1980s, our page covers the entire range of collectible automobiles. Vintage Automobile Collector will become your go-to source for incredible old car stories, rigorous technical details, how-to tutorials, and exhaustive and comprehensive suggestion lists along with aesthetically pleasing photographs and mind-blowing reels. And if you’re mesmerized by our photo and video content and would like to discover more, feel free to check out our website to get to know our services, inventory, blog, and many more!