The Cars of Frank Sinatra 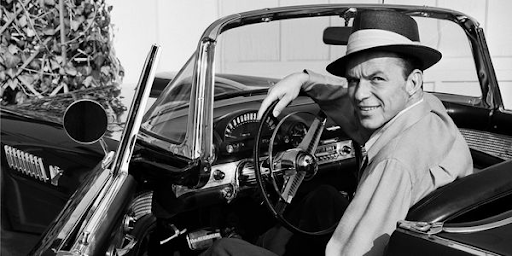 Frank Sinatra's career, presumably more than any other, completely summed up the twentieth century. In 1935, he began singing professionally, and in 1939, he issued his debut record. He started a craze that was subsequently matched by Elvis Presley, The Beatles, and Michael Jackson in the 1940s, single-handedly made middle-agedom cool in the 1950s and 1960s, retired and returned in the 1970s, had hit recordings in the 1980s, and produced his multi-platinum selling final album in 1994. If you go back over the last century, you're likely to discover Sinatra somewhere in the mix, whether it's in music, movies, style, or politics. It wouldn't have been any other way for him.

While his music continues to be enjoyed by millions, it is his way of living that continues to amaze us. Simply defined, he's a legend - someone who has remained at the top of his game for decades and is still the standard by which we judge class. For years, he was the world's wealthiest performer, accomplishing something that today seems unthinkable: living in a way that people admired rather than derided. It's no coincidence that Jay-Z compares himself to the man — he's still the gold standard 100 years later.

Sinatra's heart was attached to his cars, just as it was to his style and attention to detail. He adored them, and they were usually both fashionable and period-appropriate. So, to honor the man, we dug deep and unearthed ten of the most essential rides in Frank Sinatra's garage, from his very first classic gem to the last! 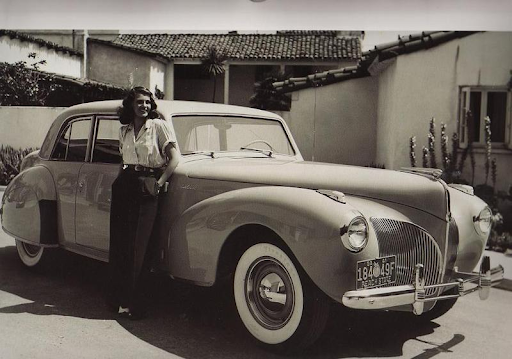 Sinatra was among the numerous "boy singers" in the New York area looking for the "favorable moment."  Sinatra received his first break with the group The Four Flashes in the mid-'30s, according to James Kaplan's memoir The Voice, not because of his musical skills and talent, but because he had a car, or the car - a green Chrysler convertible. With Sinatra and his lovely Chrysler on board, the ensemble would now have an easier time booking performances. But 'Ol Blue Eyes went far ahead of them…!

Sinatra remained a Chrysler guy even after achieving celebrity. They reportedly drove off to their honeymoon in a brand new 1939 convertible when he married his first wife Nancy Barbato in 1939. Sinatra is shown triumphantly behind the wheel of a 1942 convertible, one of only 36,586 automobiles Chrysler managed to pull out before manufacturing was suspended by America's entry into World War II, in a photograph taken just as he became a household figure. These automobiles are incredibly collectible today, even without Sinatra's connection; the '42 sold for $34,100 at Barrett-Las Jackson's Vegas auction this year.

Sinatra's career was on the verge of collapse in the early 1950s, but by the mid-decade, he had won his second Academy Award (for 1953's From Here to Eternity) and was the world's most famous entertainer. With it came enormous wealth and a strong passion for automobiles. Sinatra was pictured frequently in a black first-generation Thunderbird purchased by Capitol Records. He was also rumored to buy T-Birds for his closest pals, including his favorite girlfriends. 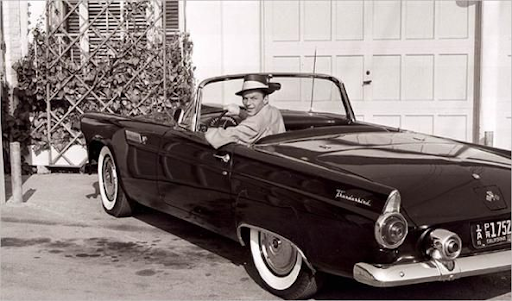 The Continental Mark II, which was branched off into its own brand in 1955, was one of the most stunning luxury cars of the time. According to Showbiz CheatSheet, It was also one of the most costly, costing $10,000, twice as much as a Cadillac and more than the Rolls-Royce Silver Cloud — and Ford still lost money on every one sold. Sinatra was a natural choice for the Continental II because of its blend of exclusivity and style, and he could be spotted driving it throughout Las Vegas and Palm Springs, California.

The Continental was reintroduced to the Lincoln lineup in 1958. It was fortunate, because Cadillac responded the following year with the Eldorado Brougham, a $13,074 dream machine that was one of the world's finest, most distinctive, and advanced automobiles. The Caddy was decades ahead of the competition in many areas, with technologies like self-leveling air suspension, power seats with memory, dual-level climate control, and cruise control. It was the car to have in the late 1950s, with only 304 units made. Sinatra adored them so much that he bought many, one of which appeared alongside him in Ocean's Eleven in the 1960s. In 2009, Bonham's sold one ex-Sinatra Brougham for an unknown amount. It was projected to sell for a price as high as $375,000. 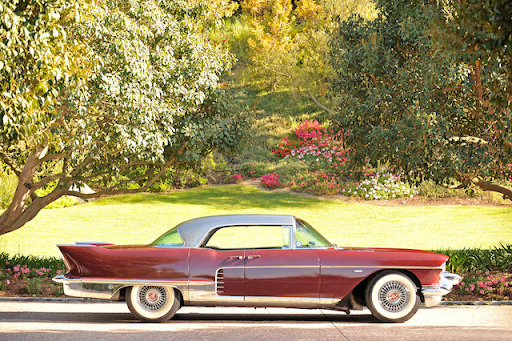 Sinatra was one of the most renowned men of Las Vegas by the early 1960s, with him and his Rat Pack dominating the entertainment business. Meanwhile, in Detroit, Dual Ghia was pioneering the technique of hand-picking its owners (a practice later copied by Ferrari) and discovered the Rat Pack to be an ideal match. The $13,500 L6.4 was one of the most rare automobiles in the world, with only 26 created and most of them going to celebrities. It had Chrysler running gear and a hand-built body made in Italy by Ghia. There was something odd about Sinatra's automobile, despite its high price and exclusivity. He had George Barris, a celebrity customizer, install a backup fuel pump and brake circuits, among other fail-safe components. Only 17 of these automobiles remain today. When RM Sotheby's auctioned this '62 in Monterey in 2013, it fetched a whopping $362,000.

The Miura is often regarded as the world's first supercar, and it was fascinating enough for Sinatra to notice it. So on his 54th birthday, December 12, 1969, he bought himself one. Sinatra ordered his mid-engined V12 Lamborghini in arancio metallico (his favorite color) with a wild boarskin leather inside a Lamborghini's Sant'Agata Bolognese headquarters. Sinatra was so enamored with his car that he supposedly quipped, "You buy a Ferrari when you want to be somebody. You buy a Lamborghini when you are somebody." Sinatra's romance with Miura, on the other hand, was short-lived. He gave it to a girlfriend after a few years, who immediately sold it in for a newer Countach. Sinatra's automobile was auctioned for $150,000 in 2004. Even without celebrity ties, a Miura today sells for more than $900,000. 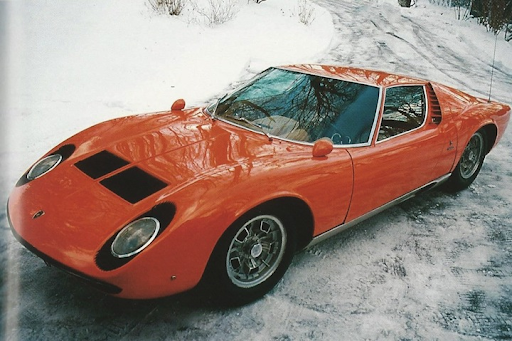 Sinatra’s fourth and the last marriage was with Barbara Marx, in 1975. Frank gave her a Rolls-Royce Silver Shadow with paint to match his eyes, and received from her a British racing green XJS as part of their wedding. The XJS was introduced in 1975 to replace the aging E-Type. It wasn't as sporty as its predecessor, but it was a popular grand tourer with a long production run of 21 years. Sinatra seems to be a fan as well, as he added a second, nearly identical 1989 model to his wedding car. Russo and Steele sold both of the 1975 wedding cars this year, with the Jag getting only $11,000.

Sinatra preferred movers and shakers as pals, and by the late 1970s, he'd become tight with Chrysler CEO Lee Iacocca. Iacocca wanted to restore the Imperial nameplate for a flagship personal luxury coupe to compete with the Cadillac Eldorado and Lincoln Continental Mark VI as he worked to turn Chrysler into a profitable maker of inexpensive front-wheel drive vehicles. To help sell the automobiles, Chrysler introduced the Imperial "FS Edition," which included paint and interior colors that matched Sinatra's eyes, as well as a unique compartment under the dashboard that contained 10 Sinatra cassettes. Unfortunately, due to dependability concerns, the $20,988 Imperial was a tremendous flop for the company, selling only 12,385 units between 1981 and 1983 - with only 278 of them being FS Editions. 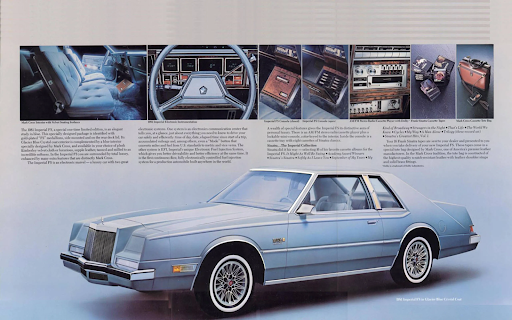 Sinatra purchased a 1985 Chrysler Town & Country station wagon to operate in Los Angeles a few years following the Imperial. The T&C, which was based on Chrysler's K-Car platform, lacked the glitz and exclusivity of his previous automobiles, but he seemed to enjoy it — it's claimed to be the final car he ever drove before his death in 1998. The car now has its own website (it was registered in 2011) and is for sale for £195,000 (approximately $290,000). So, if you've ever wanted to possess both the most expensive K-Car and Frank Sinatra's final vehicle, now is your chance. Now is also your chance to get hold of other cool classic vehicles in our rich inventory that people as famous, cool and talented as Sinatra have been behind the wheels of. And as you start driving them, drive them your way!