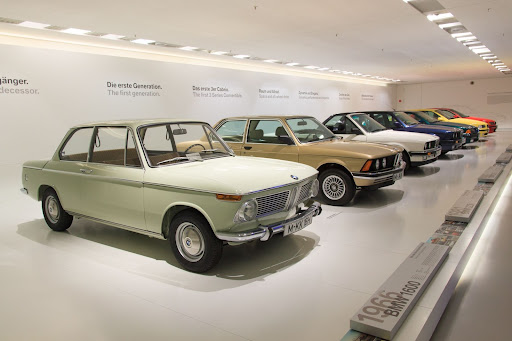 A fresh emphasis was placed on highlighting the significance of the BMW Museum as a brand museum in the new idea for the BMW Museum, which was established as a result of the success and experience of the previous museum. The planning process started in the spring of 2002, major redevelopment work began in 2004, and the museum reopened in 2008. BMW hired the Berlin-based ART+COM media designers and the Stuttgart architects and exhibition designers Atelier Brückner to complete the project. ASP Schweger Associates handled the technical components of the repair of the building shell. The new design allowed for a significant expansion of the museum in light of the company's significance as a worldwide player and its wide variety of products. In order to enhance the display space from the initial 1,000 square meters to 5,000 square meters, the former museum bowl was first joined with the neighboring low-rise building. As a result, the new museum now has enough room for the presentation of roughly 120 exhibits. So the museum should definitely be included in the list of top destinations for classic car lovers! Because we did not mention it in our previous blog post of top destinations, let us give it the attention it deserves!

The idea was derived from one that architect Prof. Karl Schwanzer, who founded the BMW Museum in 1973, had originally thought of. He described the spherical building's inner construction as an enclosed extension of the road. With a modern version of his idea of a "road in an enclosed area as the concept of dynamic architecture," the idea was further developed in the nearby low-rise structure.

The exhibition sections of the adjacent low-rise building are organized along a ramp that forms the main visitors' path, similar to the structure in the round building where platforms were positioned like squares along the road. The low-rise building houses an expansive amusement park for which its interior was totally gutted and renovated, while the bowl is designated for transient exhibitions. The low-rise structure contains seven display houses. Based on the concepts of the museum, each of the dwellings has been given a unique "identity." This unique appearance gives the exhibits context and establishes a set of reference points along the 1,000-meter-long path that leads through the museum. The visitor is taken to all 25 exhibition spaces along a tour path that has been devised to avoid crossroads. 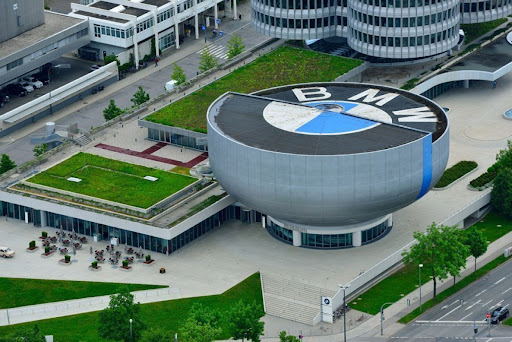 A rich tapestry of subjects can be presented in a very unique way using the museum architecture, exhibition design, and media design. In the same manner that the company is constantly setting new and inventive standards for engineering and design, the BMW Museum adopts novel techniques by fusing modern architecture with old structures. The museum bowl was returned to its original 1973 condition during construction from 2004 to 2008. A network of seemingly hovering platforms was joined by a central visitors' staircase in the bowl. The architects and exhibition designers at Atelier Brückner merged the ramp's interpretation as a road and the exhibition spaces as squares into the adjacent low-rise structure as part of the new museum idea.

This rectangular building's outer façade was retained as a "historical shell," but the interior was gutted and the ceiling supports were taken down. The newly constructed, larger room, which includes a surrounding ramp and seven distinct exhibition sections, was designed with contemporary architecture in mind. The glass and steel building stands in purposeful contrast to the basin. It looks to the outside world as a huge, self-contained concrete sculpture, and its interior is dominated by the feel of an open space, as opposed to the low-rise building's architecture, which is more urban in style. Visitors are directed to all 25 display places by a ramp connecting the two building components, which are the low-rise and round structures. 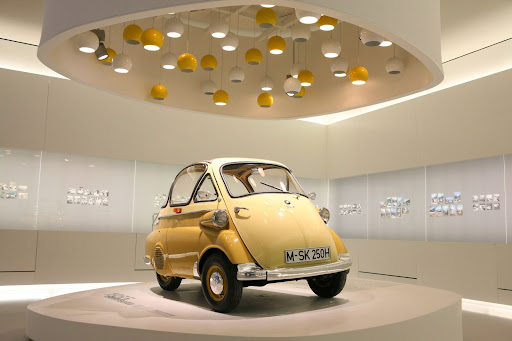 During the very earliest years of its existence, BMW began to become conscious of its history. The Munich plant's first items were put on display as keepsakes that weren't for sale as early as 1922. As a result, the plant museum was created, and in 1966 it received an upgrade with a new historical exhibition. The BMW board chose to construct a new administrative center in the late 1960s, and Prof. Karl Schwanzer, a Viennese architect, won the worldwide competition. He is responsible for the futuristic BMW Tower ensemble, which includes a stand-alone museum structure in the shape of a silver-gray bowl. On May 18, 1973, the BMW complex was formally inaugurated.

Simple exhibit displays that did not interfere with the museum's distinctive architecture made up the show in the new structure. The BMW Museum became one of the most popular corporate museums in Germany as a result of an increase in visitors over time. In its first 30 years, it held three ongoing exhibitions. You can discover the highlights of BMW Welt’s history by scrolling through the milestones on their page. And if you would like to discover a wide range of classic gems virtually as well, you are more than welcome to take a journey through our rich inventory! 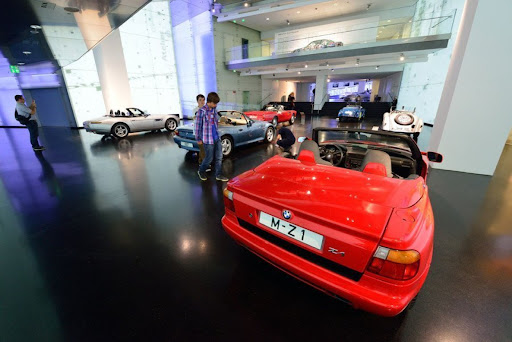 The philosophy that “when you know a lot, you see more” is completely embodied in the one-hour guided tour of the permanent exhibition, which at the moment has a specific focus on the BMW M stations and provides a lot of information. Even 9 to 14-year-olds will be excited about BMW M thanks to a unique initiative from the BMW Junior Museum. It provides exclusive, 2.5-hour BMW M anniversary workshops under the heading "Join the M Team!" The young participants get to know up-and-coming athletes from the BMW Junior Team, encounter true motorsport enthusiasm and teamwork, and discover legendary triumphs and iconic vehicles. They successfully accomplish minor tasks and produce their own custom airbrushed BMW M designs that may be displayed in the museum and taken home.

Moreover, the special exhibition, which moves through an additional seven rooms, highlights a number of topics, including the development of the BMW Individual, the history of racing touring cars, and the complete M Story, which includes background information on the brand's distinctive colors, logo, and anniversary logo that will be unveiled in 2022. Additionally, unique features are highlighted, such BMW Art Cars and BMW driver instruction, neither of which would even be possible without BMW M. The exhibitions, which include the legendary BMW M1 and M3, as well as design concepts, prototypes, BMW M era automobiles, and successful racing vehicles like the BMW V12 LMR, all work together to convey the essence of the brand: “This motorsport gene from the early days still thrives in BMW M today,” highlights Jochen Neerpasch, co-founder and first Managing Director of BMW Motorsport GmbH from 1972 to 1980:  “The brand owes its dynamism, passion and performance to motorsport. Innovations such as lightweight construction, aerodynamics, optimized engine performance or a reinforced chassis still feature in M vehicles today.”