Greatest Car Commercials of All Times

With this article, we would like to take you on a journey through time and revisit the greatest car commercials ever made. You will be amazed by how much thought and care has been put into each and every one of these commercials, sparing no effort to present each car in its best aesthetic image and performative quality. Given how many wonderful advertisements have been made throughout the years, it was very challenging for us to choose the very best of them, so we truly hope that you too are as amazed by these commercials as we were when watching and analyzing them! 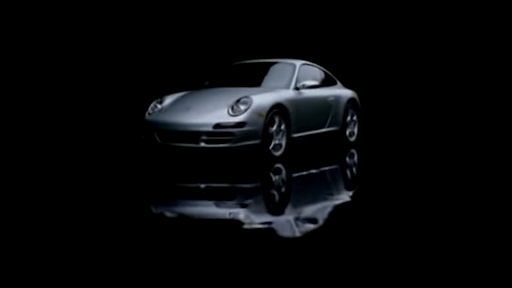 This 2005 commercial for the Porsche 997 (also known as a 911) starts with a young schoolboy getting distracted during his Geography class. The object of distraction is not the beautiful schoolgirls sitting around him, but instead, it is the passing Porsche 911 that he sees through the window and immediately gets fascinated by its splendid charm and breathtaking glow. As the teacher notices the schoolboy’s distraction, she asks “William, can you tell us what’s so interesting out the window?” thereby provoking the laughter of William’s classmates. However, in all his manly strength and resilience, William continues chasing his dream about the Porsche 911, drawing an outline of the car in his notebook and even daring to visit a Porsche shop that features a huge selection of model vehicles. The salesman offers him to get in the Porsche 911 and enjoy it from the interior. As William gets off the vehicle after observing it from the inside in complete fascination, he asks for the salesman’s business card, concluding with a confident and assertive “See you in about 20 years.” This is perhaps one of the most impactful and emotionally moving commercials by Porsche, as it portrays the Porsche 997 not as a mere status symbol for rich businessmen but something much beyond that, something worth fighting for, a dream worth working forward. It shows the insignificance of the opinions of those who laugh at us and make fun of our dreams, as what matters is our own belief, faith, and confidence in our goals and the hard work that makes our wildest dreams come true. What makes this commercial so enthralling and memorable is the fact that each of us can find a piece of our own aspirations in the schoolboy’s character and determination, whether it’s a car, a fireplace in a cozy corner of our room, or something as intangible and immaterial as the happy smile of a loved one. So if you ever dreamt of owning a Porsche, here is your chance to make your cherished but long-forgotten dreams come true! 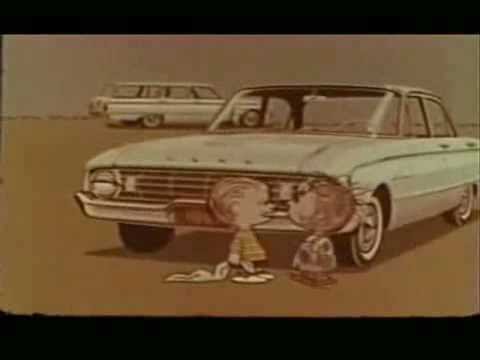 This 1961 Ford Falcon Peanut Commercial does not aim to have a strong emotional impact on us, yet it tries (and succeeds at) doing its best to achieve cuteness overload along with highly informative content about the vehicle. As the narrator claims that “everyone who has seen the 1961 Falcon is excited,” one of the lovable, sweet and charming Peanuts characters of the commercial tells us he has never seen a 1961 Ford Falcon. Following this revelation, we are taken with him to an exploration journey of the best features of the car, which turns out to have more power, more luxury, more comfort, and more of everything than any other of the previous models, thereby making it one of the world’s most successful new vehicles. Moreover, we learn that we can now choose from two engines - the regular Falcon engine (famous for mileage) and the new even more powerful Falcon 170 special. The two overwhelmingly cute-looking and sweet-sounding Peanuts characters are fascinated by their opportunity to choose between engines, reminding us in a friendly tone that we “have to admire that generosity.” The narrator adds to this thought by stating that we also have to admire the Falcon’s economy as it goes up to 30 miles on a gallon of gasoline and 4000 miles between oil changes, which, according to the characters, “is virtually beyond comprehension.” We are also told that, despite all these wonderful features, the Falcon is still extremely low in price, thereby giving the car an all-around economy and a significant advantage over all the other compact cars in the market. This well-thought-out, comprehensive commercial ends with a playful tone, reiterating that all of these cool features are the reason why everyone (now also including the cute Peanuts characters) is excited about the 1961 Falcon car. In summary, this is a commercial that is cute, delightful, informative, and persuasive, all at the same time! What is even more amazing is that many other Ford models came with equally fascinating features and benefits, providing you with a large variety of options to choose from! 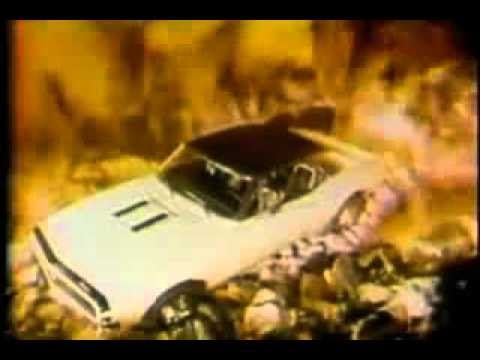 This 1967 Chevrolet Camaro is the first commercial ever-made for the Camaro, yet it starts more like an episode from National Geographic. In fact, we are first shown a volcano right in the midst of an eruption, which, coupled with the narrator’s alert voice and accompanying sounds of the eruption, makes a rather scary but attention-grabbing start. Eventually, we see the astonishing 1967 Chevy Camaro - “the firing new creation of Chevrolet” - rise directly from within the fire. This imagery, combined with the exciting and powerful music, immediately creates a mighty and impactful image of the Camaro in our minds, making us believe that we are soon going to see something that we have never seen before. In fact, the car does come with something very unique and special, and that is the SS 350 with rally sport equipment. The commercial goes on by giving us numerical information about the car, such as when mentioning the Camaro’s “fuselage that bulges around at 350-cubic-inch V8 engine.”  The commercial also highlights that new safety features are standard equipment, among which is the energy-absorbing steering column developed by General Motors, thereby making the car ideal for sporty adventures in the wildest possible circumstances and conditions. What’s even more fascinating is that buyers could order with special instrumentation and add whatever they could handle, ranging from hideaway headlights to bigger car engines, giving the car the great power and strength that was illustrated in and through this impressive Chevrolet Camaro commercial. 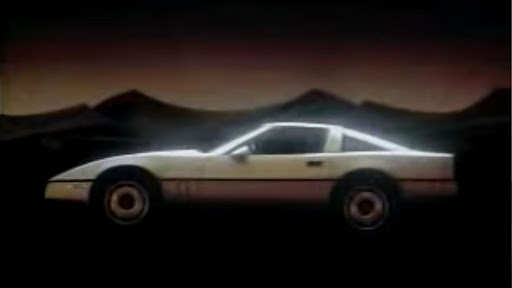 Chevrolet has got a remarkable talent in making commercials that live for decades and centuries after their initial display. To mark the promising debut of the fourth-generation Chevrolet Corvette, Chevrolet came up with an advertisement in 1984 that was not only remarkable for the eye but was also pleasant and entertaining for the ear. It describes the car to have initially been a genius and a legend and have grown into the most advanced production car on the planet. The accompanying voiceover reiterates the uniqueness of the car by stating “you have never seen anything like this before,” a phrase that is repeated several times throughout the commercial to have a more persuasive, impactful, and lasting effect. Portrayed from a variety of angles and a mixture of wide and close-up shots, the C4 Corvette is described as “superb in its engineering and technology and defiant in its performance,” as it has the world’s first computer-activated manual transmission, unprecedented unidirectional turbine fin wheels, and tires that are individually engineered for all four corners, making the car an ultimate dream for every sports car enthusiast. As highlighted through the sophisticated editing of the commercial, the Corvette also comes with a highly ergonomic design that includes a liquid crystal display that shows 14 different instrument readouts, “all updated 16 times every operating second.” You will find even more mind-blowing features when watching the advertisement which, in itself, is a highly successful and unparalleled TV commercial for its time. 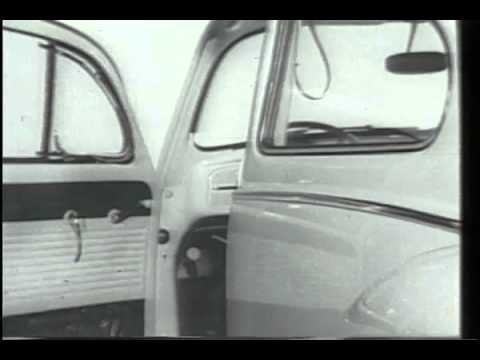 The 1960s Volkswagen Beetle commercial is so intelligent and well-reasoned that, even today, many students in marketing and advertising schools have to study this commercial to come up with their own advertisement forms and strategies. In fact, there is simply so much to learn from this commercial which is full of subtle humor and wit to present its perceived drawbacks as advantages. The commercial is a direct response to the buyers’ complaints about the doors not shutting tight enough without a push. Volkswagen decided to flip around these concerns and complaints by simply portraying the ‘problem’ as an unanticipated benefit of the electric vehicle, explaining that the push was needed only because of how airtight the Beetle was. The commercial ends with the note that “The Volkswagen is so airtight [that] it helps to open a window to close the door.” There are no sophisticated edits or animations throughout the advertisement, as it only consists of a static shot of the Beetle and a hand opening and closing the door, and eventually also opening the window. This gave a sense of simplicity and straightforwardness to the ad which, coupled with its short duration of 19 seconds, made the commercial very easy to watch, understand, and remember. Interestingly, the power of this commercial is exactly in its simplicity, as it really enables the viewer to focus on that one specific aspect of the vehicle that the company wanted to change the buyers’ perception of. Even though we cannot measure the effectiveness of the commercial in changing the audience’s approach to the vehicle, we can certainly agree that the advertisement is both entertaining and absorbing to watch, even today - decades after its release. Inspired by this thought, we decided to end our article with this humorous advertisement to remind you to approach every problem of your life with some sense of humor and playfulness, and, who knows, you might see the drawbacks of life suddenly turn into previously unnoticed benefits!