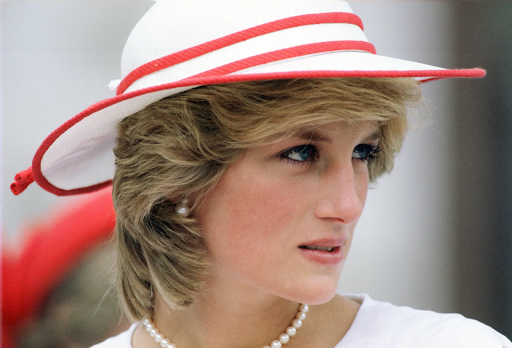 Just days before the 25th anniversary of her passing, an automobile used by Princess Diana in the 1980s fetched a staggering £650,000 ($1.1 million) at auction. Before the auction ended, the black Ford Escort RS Turbo was the subject of "fierce bidding," as Silverstone Auctions notes. According to the historic automobile auction house, the unidentified UK buyer paid a 12.5% buyer's premium in addition to the selling price. Royals of the period tended to travel in high-end vehicles like Bentleys, Aston Martins, and Jaguars. According to Arwel Richards, a classic car specialist at Silverstone Auctions, the princess' decision to operate the vehicle was "a very brave choice." he told Reuters earlier this week. The princess was encouraged to switch to a more secure vehicle than the soft top convertible since she had previously favored driving a red Ford Escort 1.6i Cabriolet, which was seen being photographed driving to Ascot in 1984. According to the Sydney Morning Herald, the RS Turbo Series 1 was generally produced in white, but she requested the only black one known to exist in order to be more covert. Ford also incorporated security elements like a radio in the glove box, a conventional five-slat front grille, and a second rearview mirror for the protection officer. Just under 25,000 miles (40,000 kilometers) have been put on the car. Diana's previous Ford Escort sold for £52,000 at auction the previous year - another evidence that classics have preserved their value even in the modern world! 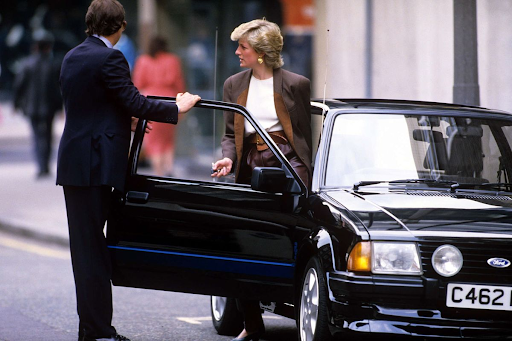 From 1985 through 1988, Diana was the Escort's driver. She was captured in photographs with it in front of upscale eateries in Kensington and Chelsea. She chose to take the wheel of her own vehicle while a member of her security detail sat in the back. Diana Spencer was the child of Edward John Spencer and Frances Ruth Burke Roche. She was born on July 1, 1961. Despite being shy as a young child, she grew to enjoy music and dance. She was raised in an aristocratic household and took the name Lady Diana in 1975 when her father ascended to the position of Earl Spencer. She may have even played with Prince Andrew and Prince Edward when they were young. She met Prince Charles, who was 13 years her senior and the heir to the British monarchy, in 1977. She soon finished school, relocated to London, and started teaching in kindergarten. Charles and Diana's romance was a topic of intense public interest and media coverage for much of the late 1970s. Diana and Charles quickly became engaged after only 13  meetings during their relationship. The princess said the following on speech training tapes that were featured in the film Diana: In Her Own Words: "We met 13 times and we got married. I was brought up in sense that when you got engaged to someone you loved them." 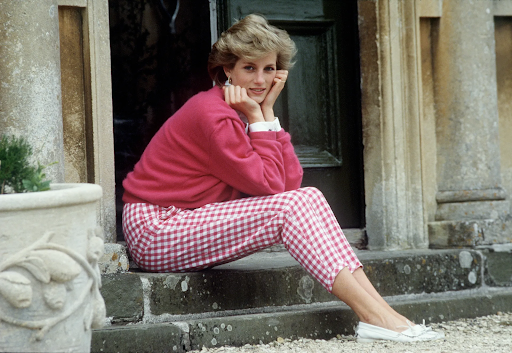 On July 29, 1981, the two got hitched, and it was hailed the "wedding of the century." Television watchers from all across the world watched the ceremony, according to estimates of 750 million viewers. Charles and Diana had two kids. The next-in-line to the throne is Prince William, who was born in 1982. In 1984, Prince Harry was born. Diana was still regarded as a royal family member despite Charles and her divorce in 1996. The princess was a style and elegance icon who also rose to fame for her global philanthropic endeavors. She supported causes such as opposition to the use of landmines, homelessness, disability, HIV/AIDS, and child welfare. She visited landmines in Bosnia in the last month of her life while working for charity. Her private life, especially her relationship with Egyptian movie producer Dodi Al-Fayed, remained in the public eye. On the evening of August 31, 1997, the couple was in Paris when their automobile was chased by paparazzi, resulting in a high-speed collision. Al-Fayed and the driver, who was discovered to have a high blood alcohol content, perished, while Princess Diana eventually passed away from her wounds. She was 36. Flowers piled up outside Buckingham Palace as the word spread. 2.5 billion people watched the princess' funeral on television as the entire world wept. Supporters launched the Diana, Princess of Wales Memorial Fund a short while later. It has raised more than $179 million for the charities over the years. 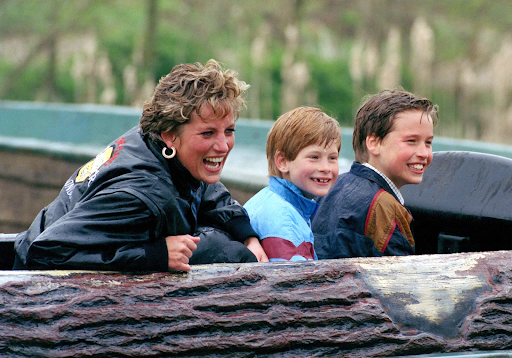 Other Interesting Facts about Princess Diana