Elon Musk and his McLaren F1 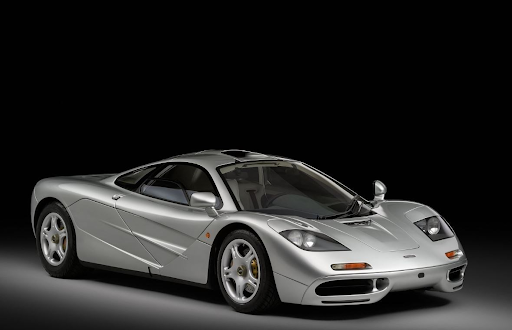 Elon Musk, the founder of SpaceX, Neuralink, and The Boring Company, the co-founder of PayPal, the person who turned Tesla around from a questionable firm on the verge of bankruptcy to one of the fastest-selling auto businesses in the United States. Musk made his fortune in a different way than the majority of today's well-known billionaires. He didn't have just one brilliant idea; he had dozens. Instead of a slew of smart, safe bets, he opted for a handful of breathtakingly dangerous bets. But, even if it wasn't obvious at the time, there was a strategy to his madness. Musk recently became the world's wealthiest private citizen as a result of his bets, and their far-reaching consequences—from privately-launched space projects to an EV legend that has left the auto industry scrambling to catch up—have earned him the title of TIME's Person of the Year for 2021.

Musk came from a wealthy household. He showed an early knack for computers, creating his own video game at the age of twelve. He moved to Canada when he was 17 to avoid military service in South Africa's apartheid state, enrolling at Queens University in Ontario. He transferred to the University of Pennsylvania in 1992, where he majored in physics and business administration. Musk may have gotten his first taste of dangerous business operations on Penn's tree-lined campus, when he and a few buddies rented out an off-campus property and transformed it into a nightclub. 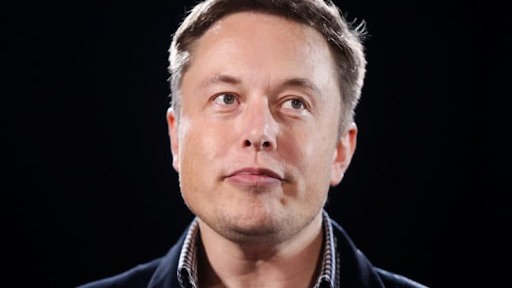 After that it went off to Silicon Valley and graduate school for a while. Musk enrolled in a Stanford physics Ph.D. program, but dropped out after only two days. Young entrepreneurs were beginning to grasp that the internet, a groundbreaking web of computer connections, could be more than a nerd's playground, and Musk wanted to give it a shot. Musk co-founded Zip2 with his brother Kimbal as an online business directory, a form of web-enabled yellow pages with maps—a novel concept in the mid-nineties.

Elon and Kimbal attracted investors and hired outside support to operate the company, which signed arrangements with the New York Times and other publications. They sold the Zip2 to Compaq, a struggling computer manufacturer, for $307 million in 1999. Musk made a tidy profit of $22 million from the Zip2 deal, and he immediately spent $1 million on a McLaren F1 supercar. "It's not consistent with the rest of my behavior," he said in an interview with CNN, which had witnessed Musk receiving the automobile at his home. Musk damaged the car a year later while he was demonstrating its acceleration and unintentionally launched it into the air like a frisbee.

Synopsis of the McLaren F1 Accident

The McLaren F1, with 627 horsepower and a top speed of 240 miles per hour, is not for the fainthearted. Even yet, in his first year of ownership, Musk was able to maintain it somewhat unharmed and utilize it as a daily driver. In the first year, he traveled with his McLaren F1 through San Francisco and all the way back to Los Angeles, clocking 11,000 miles.

Around this time, PayPal was in need of investors, and Musk was collaborating with Peter Thiel - co-founder of the financial business Confinity. Musk was behind the wheel of a McLaren F1 on a critical day in 2000, driving to a meeting with Thiel. When the two were cruising up Palo Alto's Sand Hill Road, Thiel allegedly turned to Musk and inquired what the automobile could accomplish, uttering the words, "So what can this thing do?" 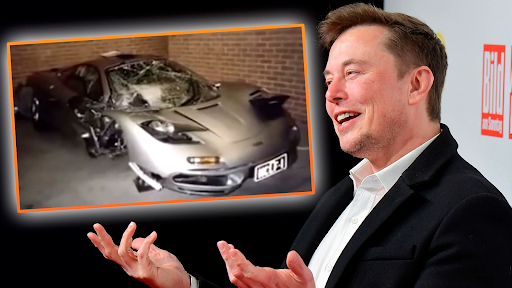 According to what Musk said in an interview, his response might be high on the list of memorable last words. "Watch This!" Musk said. Then he stepped on the gas and switched lanes. It was an unfortunate accident predictable to happen, with more than 600 horses on the barrel, no traction control, and a car that weighed just a ton.

The McLaren F1 spun, collided with an embankment, flew a few meters into the air, and spun again before landing. The suspension snapped, the glass shattered, and the front of the vehicle was damaged. The chassis and engine, however, were unaffected.

Musk doesn't recall laughing when he exited the wrecked vehicle, but that's the tale. When questioned why he was laughing at the automobile collision by a surprised Thiel, Musk responded, "No, you don't know the funny part, it wasn't insured!"

Yes, the multimillion-dollar sports automobile was not covered by insurance. Even crazier, Thiel has now hitchhiked to Sequoia Capital to collect the payments. Musk awaited the arrival of the fire trucks and ambulance, had his vehicle towed, and hitchhiked to the conference. For PayPal and Musk, the rest is, as they say, history.

Meanwhile, Musk continued to work on the McLaren F1, had it restored, and eventually sold it in 2007 for a profit. Musk was working for Tesla at the time, and driving a gas-guzzling racecar isn't enough for an electric vehicle CEO. Furthermore, Tesla needed finances at the time, and a piece of McLaren F1 could have provided it with the millions of scrap millions that it required to grow into the multibillion-dollar corporation it is today.

The Happy-End (that is not over yet)

As made clear from his early steps, Musk has always been a businessman. He created and sold the video game Blastar when he was 12 years old and shattered his Stanford Ph.D. by founding Zip2, which was ultimately sold to Compaq and provided Musk with his first million dollars. Not just a few millions, but 22 million (clearing the throat). So Musk’s decision to invest his millions in a new online banking company called X.com was not surprising for anyone. In March 2000, the two companies merged, producing the company that would later become PayPal. Musk was named CEO, but the board of directors ousted him in September while he was on vacation, replacing him with Thiel, partially owing to a disagreement about the company's servers. “It’s not a good idea to leave the office when there are a lot of major things underway that are causing people a great deal of stress,” Musk would later reflect. But Musk retained ownership of the corporation. When eBay paid $1.5 billion for PayPal in 2002, Musk walked away with a $180 million windfall.

With his new millions to spend, Musk of course didn't stop there. He launched SpaceX in 2002 with the apparently absurd goal of populating Mars. The following year, he put over $6 million into Tesla, which at the time was little more than a pair of founders with a vision for electric sports vehicles. The business intended to transform the struggling area by utilizing new lithium-ion batteries, which were both light and energy dense. Lithium-ion batteries were primarily used in small electronic gadgets at the time, and one of Tesla's key achievements was scaling them up, allowing it to develop an electric vehicle with significantly higher range than prior electric vehicles. 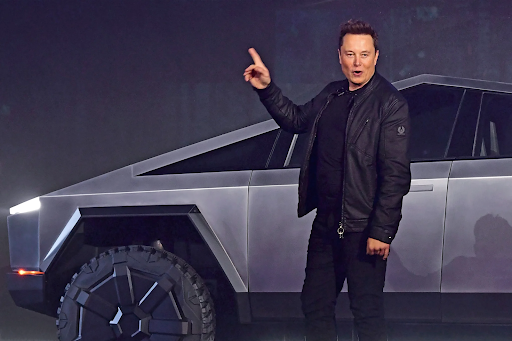 Both firms struggled in their early years, and Musk claims he used almost all of the profits from the PayPal sale to fund the ventures. SpaceX had a string of failed flights that nearly drove the company out of business, while Tesla faced the challenge of its engineers discovering that its early battery packs were prone to catching fire,  a threat that could possibly put an end to the company if it was not fixed.

Musk's investments eventually started to pay off. Tesla began mass-producing its first mass-market car, the Model S, in 2012, after securing a $1.6 billion deal with NASA in 2008. Tesla is now a juggernaut, dominating almost two-thirds of the electric vehicle industry in the United States. In the field of private space exploration, SpaceX is without a doubt the unchallenged leader.

Despite the fact that Tesla manufactures fewer vehicles than major automakers such as Ford and GM, its stock has skyrocketed in value. Tesla's stock price has more than tripled in the last 18 months, putting its market valuation at over $1 trillion. Even after selling almost $12 billion worth of stock in the last two months, Musk still owns a sizable portion of the company, and executing his more stock options could leave him with a larger ownership than when he started. It's anyone's guess if Tesla's huge value will be maintained—if Tesla's stock declines, so does Musk's fortune. He presently owns around 17% of Tesla's shares, worth $175 billion, which accounts for the majority of his net worth. As mentioned in SpaceX's October funding round,

Musk's 48 percent share in SpaceX, plus cash and other assets, boosts his overall net worth to about $266 billion.