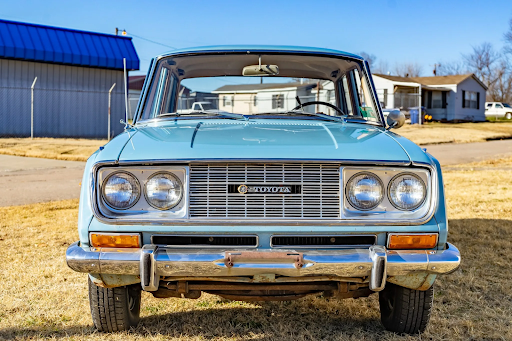 Although the Camry may not excite every vintage car lover, its functional, dependable, and convenient technology makes it a treasured gem for drivers looking for ease of use and safety. It is no surprise, then, that the Camry has long been the top-selling Toyota sedan. And if the story of the design and creation of the car was a book, that would as well be a blockbuster, from an Oklahoma barn find to the very core of the hearts of many vintage car enthusiasts from all over the world.

A Complex But Equally Astonishing Story

First and foremost, it is important to note that the Toyota Corona is unrelated to the coronavirus. The name of the automobile stems from 1957, decades before the outbreak. Historians will recall that Toyota exported its first automobile to the United States in 1957. But that wasn't the Corona, but rather the Crown. The Corona, which is Latin for "crown," was Toyota's second attempt to sell a passenger automobile in the United States. Or, to be more precise, its third. Yes, we know things are quite complicated up to now, but the interesting and exciting story that we are about to tell is definitely worth the wait, similar to all the other cool vehicles in our rich  inventory each of which comes with a remarkably interesting and captivating narrative.

When Toyota first introduced the Corona in 1957, it was sold under the Toyopet name in Japan. When the second-generation Corona was introduced in the United States with the FJ40 Land Cruiser, it was given the moniker Tiara, which was specifically inspired by the vehicle’s headpiece. According to Car and Driver, the sedan was then revamped in 1966 based on the redefining needs, wants, and demands in American society. This was the third-generation Toyota Corona, which did away with the Tiara and Toyopet completely. It supported the establishment of Toyota as a prominent contender in the American automotive industry, almost parallel, timewise, to the first Corolla, which debuted in 1966. According to Car and Driver, it tripled Toyota's US sales between 1965 and 1966, together with the success of another gem - the Land Cruiser. 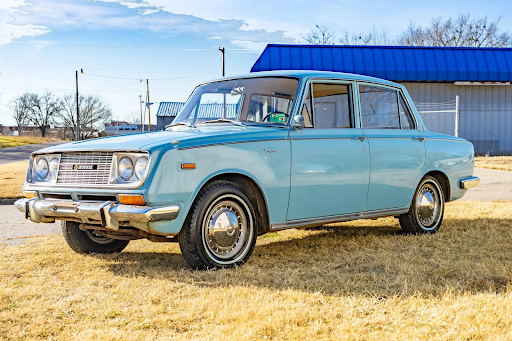 Albeit not as large as its American counterparts, the Toyota Corona's modest size made it agile and maneuverable from 1966 to 1970. It was also faster than the Beetle and the Chevy Nova, but also less expensive, as mentioned in Autoweek's review. Another factor that made the vehicle a success was that the car was also cost-effective and dependable. The European Toyota Corona pickup—yes, there was a pickup—served as a reliable workhorse. Furthermore, in 1994, none other than Boyd Coddington dubbed a lowrider Corona as "the coolest custom in LA."  The Corona was upgraded over time, with the last US- American market model running from 1979 to 1982. The first-generation Camry, Toyota's replacement, debuted in 1983.

Like Honda's early US-market automobiles, most of Toyota's early American efforts did not make it through the years. However, some Toyota Coronas from the original generation are still on the road. And regardless of how mind-blowing this may sound, someone lately dug a 1966 survivor out of a Seminole, Oklahoma barn and offered to sell it on Bring a Trailer. Although a 1966 Toyota Corona and a 2022 Camry are certainly remarkably different, there is one difference that isn't due to 50 years of technology. Front-wheel drive is standard on every Camry, even the newest Camry TRD. The Corona, on the other hand, is a rear-wheel-drive vehicle. 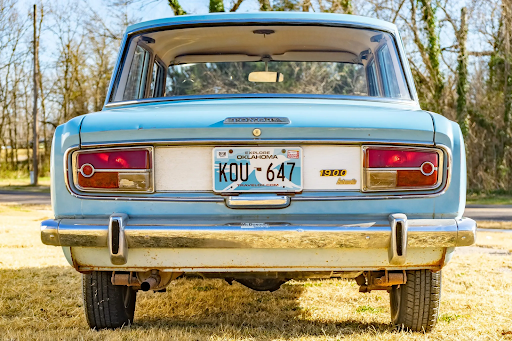 The 1966 Toyota Corona is a bare-bones car by today's standards. An AM radio, 12-volt outlet, heater, locking glove box, and lap belts were standard equipment for a sedan of this size in the 1960s. Its carbureted 1.9-liter four-cylinder engine produces 90 horsepower and is mated to a two-speed automated transmission. According to Autoweek, it's not fast even by 1960s standards. Even so, the Toyota Camry has rarely put speed ahead of dependability and ease of use. As described by Bring a Trailer, this 1966 Toyota Corona is finished in light blue over beige fabric and blue vinyl and was purchased new from McDonough Imports in Tulsa, Oklahoma. The 1.9-liter inline-four engine is mated to a two-speed automatic transmission, and the car is equipped with 13-inch full-cover wheels, chrome bumpers and trim, an AM push-button radio, seat belts, and a heater. The vendor purchased this Corona in 2020, and it comes with manufacturer's documentation, history records, spare trim parts, a tool roll, and a clean Oklahoma title in his name. The two-spoke steering wheel features matte-finished metal surrounding a 100-mph horizontal speedometer which displays for fuel level and coolant temperature. The display of the five-digit odometer demonstrates 67k miles. The 1.9-liter 3RC inline-four has a single carburetor and a two-speed Toyoglide automatic transmission that transfers power to the rear wheels. Along with an owner's manual, historical registrations, trim pieces, and a tool roll, the sale includes a service brochure. 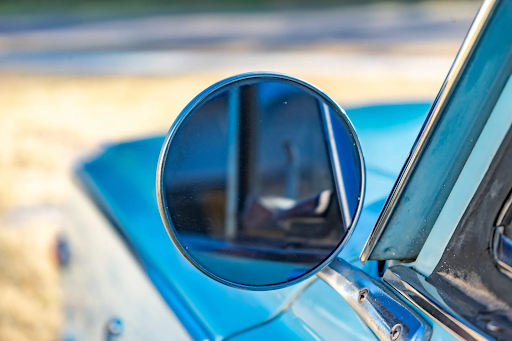 The Cost of Classic Corona

The passing decades have left their inerasable trace both on the exterior and the interior of the vehicle. Bumpers with rubber overriders, side moldings, door handles, and a driver-side mirror are among the brightwork on the automobile, which is completed in light blue. The seats are decorated in tan fabric and blue vinyl, with corresponding door panels and carpets. The dashboard and carpets are black. Multiple tears in the seating surfaces, as well as discoloration on the underside of the carpets and rust in the trunk region may be noticed when observed carefully. Close-up images of the vehicle show a dent in the middle of the rear deck lid, corrosion on portions of the paint and external brightwork, and a missing passenger side mirror. 175/80 Milestar Touring SLE white stripe tires with 2019 date tags and factory 13′′ steel wheels with traces of rust and polished full covers. The good news is that the trunk contains a spare and the drums at all four corners are claimed to have just been changed and are in charge of braking.

As mentioned in MotorBiscuit, despite the fact that Toyota Corona sales in the United States ceased in 1982, the nameplate continued to be sold internationally until 2003. So, if they're at least 25 years old, you could conceivably import one of the later versions into the United States. But let's concentrate on the traditional US-market examples. On BaT, the 1966 Corona described previously sold for $14,500. Given its condition, that's a little high, but originality and age are probable factors. However, the ultimate price of $14.5K isn't too outrageous. According to Mecum auction statistics, the floor for classic clean Coronas these days appears to be $8000-$10,000. Corona wagons and pickups, particularly Mk II wagons, attract greater values. But the interesting fact is that, after so many years, It turns out that there is a lost and found collector Toyota Camry! And what makes it even more cool and unique is that It just happens to be the grandfather of the Camry!