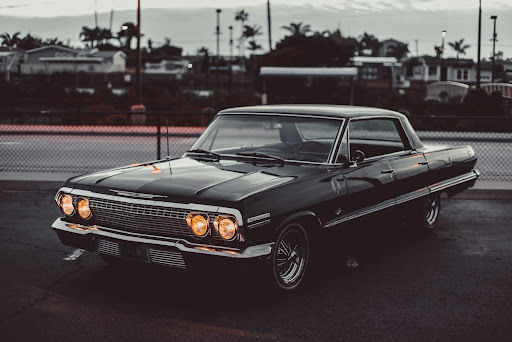 In the world of classic cars, there are as many diverse styles and designs as there are various brands and kinds of vehicles. Not only are these cars very different from each other in terms of shapes, styles, functionalities and performances, but they are also remarkably original and unique, each characterized by a distinct vision, inventiveness, and superiority over the other types and styles. Choosing the best and most sumptuous designs was therefore a remarkably challenging task, encouraging us to look beyond the visual envelope of each car and explore the extent to which the interior and exterior of each car are in aesthetic and functional harmony. As a result, our list of coolest ever car designs includes cars that stand out not only in terms of visual appeal, but also comfort, efficiency, and performance, challenging the surface-level definitions of coolness and inviting us to look further and deeper under the hood! 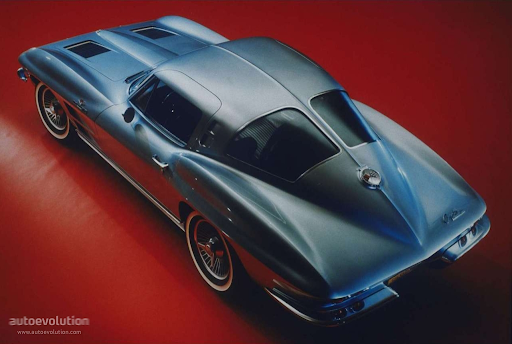 With the addition of "StingRay" to its moniker, the second generation Chevrolet Corvette, internally named C2, was disclosed to the public in 1963. It is said that while fishing, the chief designer of the Chevrolet Corporation came up with a shape for his future invention after seeing a shark, and, as a result, the second car he built was shaped like a stingray. The Chevrolet Corvette C2 StingRay was also worked on by Ford employees. The history of the vehicle lasted until 1967, and throughout those years the car was updated on a regular basis, both technically and stylistically, culminating in the manufacturing of approximately 117,000 copies. 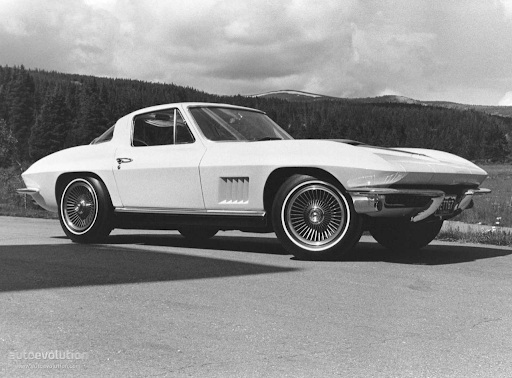 The second generation Corvette is a rear-wheel-drive sports car that came in two body styles: a targa coupe (with a removable hardtop) and a convertible with a soft convertible top. It is characterized by the presence of many easily recognizable features, including retractable headlights and twin tail lights. The car is a two-seater consisting of a stylish three-spoke steering wheel and a gearshift lever. A beautiful speedometer is also included in the overall vehicle design.The body of the car can be described as both a coupe and a convertible. It is lightweight, made of fiberglass, and attaches directly to the frame.The car has a length of 4554 mm, a height of 1265 mm, a width of 1768 mm, and a wheelbase of 2489 mm. When completely laden, it weighs at least 1525 kg. The presence of elevations on the top of the front wheels accentuates the car's uniqueness, while the exhaust pipe visible from the outside gives the car a sense of boldness and originality. 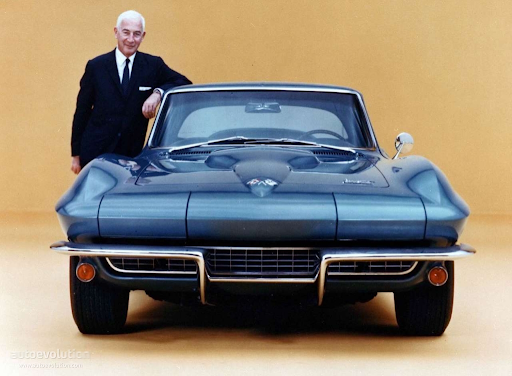 Over the years of manufacturing, the Chevrolet Corvette C2 offered five gasoline atmospheric "eights" with a V-shaped arrangement of "pots": 5.4-liter unit providing 250 to 360 horsepower, 6.5-liter engine returning 425 "horses," and 7.0-liter unit producing 425 to 560 hp. A 3- or 4-speed manual transmission, as well as a 2-band automatic (Powerglide) and a rear-wheel drive transmission, were available for the automobile. A frame structure is at the heart of the 2nd generation Corvette, on which external fiberglass panels are hung. The automobile has a completely independent suspension system with double wishbones up front and a "double wishbone" on the transverse springs in the back (both have a stabilizer bar). 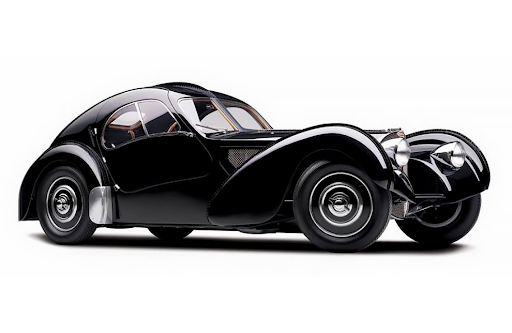 “The Atlantic is among the icons in Bugatti’s long tradition. In terms of elegance, quality and performance, the coupé was unique in its time and is still unique today. A luxury super sports car. For us, it is both an inspiration and a commitment,” says Stephan Winkelmann, President of Bugatti. Around 1930, Ettore Bugatti's son Jean began to modify the luxury brand's model policy. Instead of developing a number of various models, he created a single base model from which he created a number of different versions. The Type 57 was created by Bugatti as both a production car and a racing variation, making it the ultimate marvelous tourisme. Galibier (four-door saloon), Stelvio (convertible), Ventoux (two-door saloon), and Atalante (coupé) were among the engine and body options available. Around 800 Type 57 machines in various configurations had left the manufacturing hall by the time production came to a halt in 1940.

The body of the Atlantic was already stunningly beautiful and unusual when it first appeared, similar to the thousands of unique classic gems in our gorgeous inventory. For a car with a total length of only 3.70 meters,  the wheels are distinct from the body, and the bonnet is unusually long. The back end of the vehicle flows down in an oval shape that reaches close to the ground. The back view is completed by six slender tailpipes. A raised seam running vertically from the split bonnet hinge to the tail is a standout design feature. It separates the body in the middle like a pointed fin. The divided metal sheets are held in place by rivets.

The unique Aérolithe prototype was used to create the Atlantic variants. Jean Bugatti used an Elektron sheet from aviation for the body of this model, chassis number 57 104. Elektron is a magnesium-aluminum alloy made up of 90% magnesium and 10% aluminum. Bugatti glued the body sections together, creating the iconic dorsal seam, because it is challenging to work and cannot be bonded. Bugatti utilized aluminum for the "production" Atlantic, but kept the rivets on the dorsal seam. Jean Mermoz, a friend of Bugatti's, was honored with the model's name. The first person to fly across the South Atlantic was this pioneering aviator. In 1936, he did not come back following a crossing of the South Atlantic. 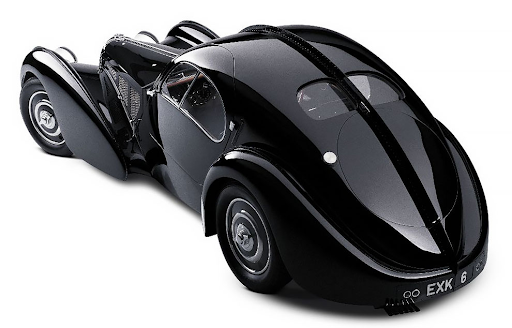 Passengers will find it easier to enter and exit the low-slung coupé because the doors extend into the roof. The first two cars' headlights are built into the wings, while the other two cars have separate headlight housings. The four cars include a variety of interesting features, and each design is distinct. “The Type 57 SC Atlantic is a design manifesto of Jean Bugatti. The breathtaking proportions of this masterpiece were simply unparalleled at the time and are still thrilling to the present day with their fascinating elegance,” says Achim Anscheidt, Director of Design at Bugatti. He also adds that “the riveted aluminum seam running over the roof is still a signature design feature to this day. It is unique and elegant.” So it is no surprise that these vehicles have earned a lot of awards in recent years at international beauty contests for classic automobiles, such as the Pebble Beach Concours d'Elegance in California.

The coupé is driven by a quiet, powerful 3.3-litre straight-eight engine with up to 200 PS and a top speed of almost 200 km/h — at a period when horse-drawn carts were still common on many routes. "Bugatti has been groundbreaking and progressive for many years, with four following performance. That has not changed up to the present day," says President Winkelmann. Despite its tremendous fame and popularity, only three of the handcrafted Atlantic automobiles were sold to customers. Bugatti manufactured the very first version for British banker Victor Rothschild in 1936, which was gray-blue and did not have a supercharger. The "Rothschild Atlantic" is the new name for this vehicle, chassis number 57 374. The "Holzschuh Atlantic," the third car produced, was handed to Frenchman Jacques Holzschuh in October 1936 under chassis number 57 473. The car’s second owner, a collector, perished in a level crossing accident. The Bugatti was totally obliterated. Even though the engine could not be preserved, the car was subject to a lengthy restoration decades later. The last Atlantic manufactured, chassis number 57 591, is owned by fashion designer Ralph Lauren. The "Pope Atlantic" was finished in May 1938 and its first owner was the Britishman R.B. Pope. 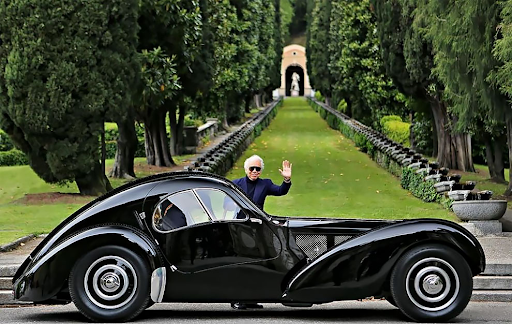 The second Atlantic was built for Jean Bugatti. Only he and a select group of friends, mostly Bugatti racing drivers, were allowed to sit behind the big wheel of the coupé bearing the chassis number 57 453. Bugatti utilized "La Voiture Noire" (the black automobile) as a model for photography in brochures as a showcase car for worldwide motor exhibitions such as Lyon and Nice. Unlike the other versions, there is no evidence that this car existed after 1938. It is unclear if Jean Bugatti sold the automobile to one of his friends who was a racing driver, or if it was transported to a safer part of France when the German army conquered Alsace, which seems more likely. Nonetheless, one thing is certain: the second Atlantic constructed has yet to be discovered. Its vanishing is among the greatest mysteries in vehicle history. The Atlantic is worth more than €100 million, according to experts, if it ever surfaces again. 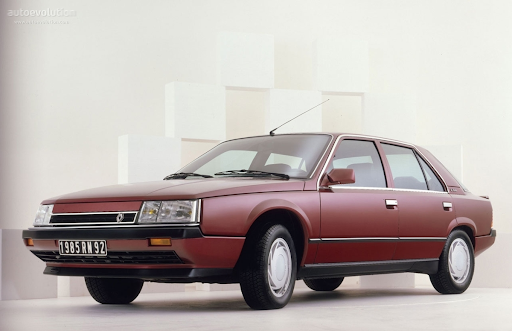 It is impossible to write an article about coolest ever classic cars without including at least one of the designs by one of the most distinguished and celebrated automotive designers of all time - Robert Opron, the magician whose hands transformed carmaking from an unwieldy craft into a prestigious, brilliant and utterly creative form of art. The Renault 25 was released at the end of 1983, with sales beginning in March 1984, and was a significant improvement over the preceding Renault 20 / Renault 30 range in practically every way. Its five-door liftback body was designed by Citroen SM designers Gaston Juchet and Robert Opron, and the unusual design with a wraparound rear window was intended to give the car a notchback appearance to confront buyer preference for formal sedans in the segment outside of France. The 25 was one of the first automobiles to be designed from the ground up for aerodynamic efficiency, with a drag coefficient of 0.31, which is an important factor in enhancing fuel economy. With a Cd of 0.28, the TS model briefly claimed the unofficial title of "world's most aerodynamic mass production car," while the 25 was clearly the best in its class for fuel economy at the time of its inception. 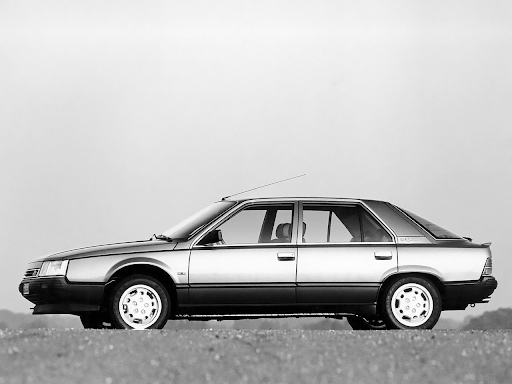 Front-wheel drive was standard on all Renault 25 models, featuring four-cylinder (2 and 2.2 L petrol injection or 2.1 L diesel) and six-cylinder (2849 cc and 2458 cc turbo injection) engines positioned longitudinally forward of the front axle. At least in the V6 Turbo version, the 25's performance was well above average for its class. The J8S engine was also offered in a turbodiesel form. The 25 was glorified for its smooth ride and agile performance. The accuracy and fluidity of a newly developed manual transmission were universally praised. The futuristic interior was controversially designed by Italian designer Marcello Gandini (of Lamborghini fame), yet the 25's passenger compartment was serene, expansive, and well illuminated. 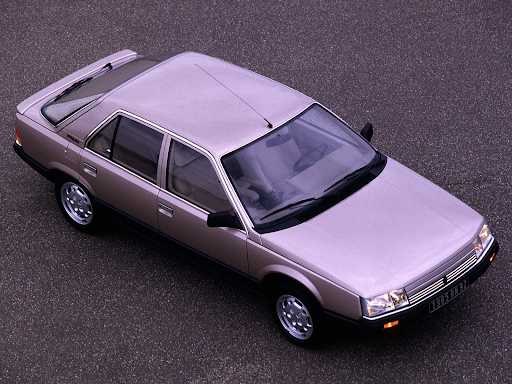 The Renault 25 encompassed, among other functionalities, an express up and down feature on the driver's power window, voice alerts (reacting to phenomena like improperly shut boots and doors, blown bulbs, oil pressure, engine temperature issues and other technical problems) and one of the world's first remote stereo controls. The latter was mounted to the right of the steering column, providing the user with maximum comfort and flexibility of use. With this vehicle,  Renault entered the wide market sector outside of France for the first time following World War II.

In June 1988, the automobile had a facelift that gave rise to new tail lights, redesigned front end, upgraded front suspension, and brand new interior materials. Essentially, every panel on the facelifted automobile was modified in order to smooth up the look. The 2.2i engine was replaced by a 12v version of the 2.0i engine that generated 140 horsepower in the new version, and the 2.2i engine was dropped (104 kW).

Even though we tried to cover the most astonishing and powerful designs, there are so many other cool models that are worth discovering and exploring in detail. Our inventory is full of an impressive variety of fascinating vehicles that are equipped with the power to add a touch of beauty and elegance to your life. So keep your eyes and hearts wide open to embrace the radiance and gloriousness of each of our charming classics!