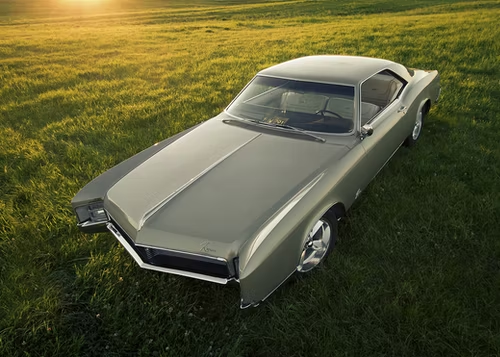 Huge battery technology advancements have sparked optimism that the electric car will revolutionize the auto industry and liberate us from our dependence on fossil fuels. To make the electric revolution as ecologically friendly as possible, certain small firms are committed. Additionally, their futuristic outlook is based on repurposing the past. These professionals think that converting outdated, gas-guzzling cars into clean, green electric vehicles can play a significant role in lowering carbon emissions because producing new cars is an energy-intensive and polluting process.

A new breath of life is given to old, outdated classic models by the Utah-based firm EV Wilderness. Over the past ten years, the auto store has sold more than 2,000 modified electric automobiles and DIY conversion kits. According to Brian Berrett, owner of EV Wilderness, electric vehicles are the way of the future with no single doubt. “So converting old vehicles always seemed like a good idea to us. Why let them go to waste? Essentially it’s a recycling business because you’re taking a car from the scrapyard and giving it a longer life. If you could show auto shops all over the world how to do this work, it could produce a big change.”

The price of adapted cars offered by Berrett ranges from £2,800 to £6,600. He is able to keep expenses down by utilizing basic, low-cost battery kits. According to the Guardian, the most popular upgrade allows restored cars to reach top speeds of 55 mph and has a range of up to 50 miles before requiring recharging. Because most people still have "range anxiety" about electric cars and want to be able to go long distances, other companies are attempting to improve the performance of electric vehicle (EV) conversion automobiles by employing more potent and costlier lithium batteries. 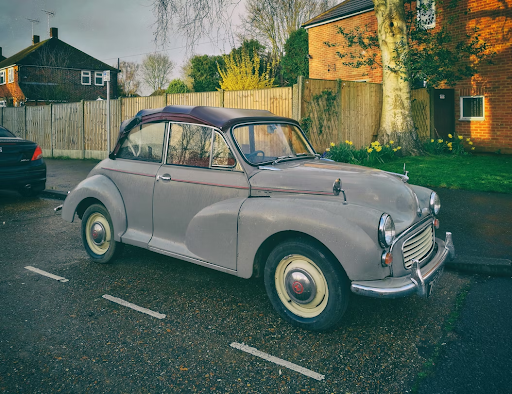 According to Ian Motion co-founder Roland Schaumann, “the process of building a new car is costly, in terms of energy and greenhouse gas emissions, so we have to take advantage of all those cars that are close to the end of their life, restore and electrify them.” Schaumann aspires to pique the interest of environmentally concerned consumers throughout Europe with the "sexy" retro style models. In fact, he asserts that the ecological transition may benefit greatly from EV conversion. Other modes of transportation may be able to benefit from EV conversion and achieve even greater ecological and monetary savings, according to Professor David Greenwood, who directs research on energy storage at Warwick University's manufacturing division.

According to Greenwood, commercial vehicles like vans, trucks, and buses used for deliveries and commerce are where conversion would actually make the most sense. It may still be profitable to convert hundreds or thousands of vintage vehicles at once because they were designed and equipped for specialized uses. Some companies could believe it would be economical in terms of continuous operating expenses. Complete Coach Works, a bus firm in California, has already started moving in this direction. It has been converting aging diesel buses into electric vehicles for the past few years, securing contracts with transportation authorities around the US. More than 35 outdated buses have been restored using its zero emission propulsion technology (ZEPS), 21 of which are currently being operated by Indianapolis’ public transportation system. 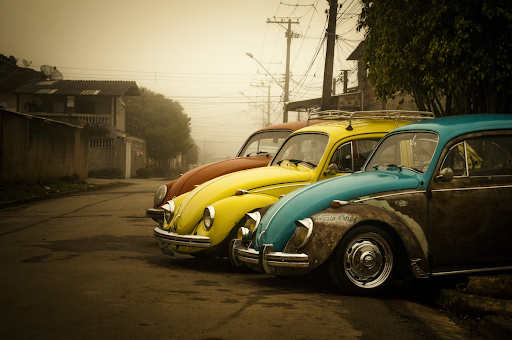 Sustainability is really important to us, according to Ryne Shetterly, sales manager at ZEPS. "We're saving roughly 10 tonnes of the raw materials that would typically be required to construct a new electric vehicle by remanufacturing (old) automobiles. It’s also profitable. We can produce a good for a lot less money than it would cost to create a brand-new electric automobile. Remanufacturing each ZEPS bus costs roughly $580,000 (£472,000), which is between $200,000 and $300,000 (£163,000 and £244,000) less expensive than starting from scratch with a brand-new electric bus.

Given that North America may need “another couple of decades at least” to migrate away from diesel buses, Shetterly thinks there is room for expansion in the bus conversion business. According to Jack Rickard, an EV conversion expert from Missouri who runs the online EVTV channel, an amazing 30,000 old gasoline vehicles have reportedly already been electrified by amateurs and small enterprises worldwide. He anticipates that this number will keep rising. At the moment, the electric car may still only be at the tinkerers and innovators stage. Thus, EV conversionists continue to play a crucial role as apostles and flag-raisers. “We take the mystery out of it. People distrust advertising, so we have a role to play in changing perception, mostly by appealing to car enthusiasts who remember an old favorite, or an object of desire from their youth. We’re able to show those people what the electric car is capable of. It’s fun to watch people change how they think about it,” said Jack Rickard. 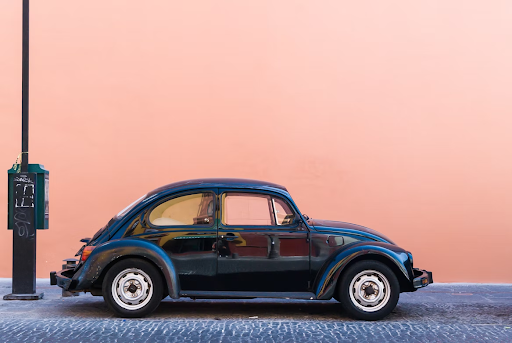 A similar start-up in the UK has launched to stop classic motors from going to the landfill. The Society of Motor Manufacturers and Traders in the UK estimates that there are 40 million automobiles on UK roads. Many of these currently contradict with the green thinking policies of the UK government. To achieve the UK's climate targets, 46% of automobiles in the country must be electric by 2030, according to UK government advisors. Additionally, drivers are already receiving up to £2,000 (€2,345) to discard their older, more polluting vehicles. London Electric Cars has been converting petrol-guzzling engines in Rover Minis, Land Rovers, and Morris Minors to clean power at its offices in the heart of London. The revolutionary start-up, founded by 44-year-old Matthew Quitter, is transforming historic cars into zero-emission vehicles with the use of recycled Nissan Leaf and Tesla batteries. Quitter remarked, "I saw that companies in California were converting cars and at the time there was no one in the UK doing this.”

Quitter began in 2017 by using nine prismatic lithium-ion cells to transform his 1953 Morris Minor. Ten people on his team currently work on the conversions. Each makeover is customized, therefore the process of converting a car can take up to six months and costs a minimum of £25,000 (€29,326). However, owners of electric vehicles simply have to pay for power because they are not subject to road tax or congestion penalties in the UK. As a result, they may get about the city of London for as little as £1 (€1.17) every week. While using 3D printers and lithium-ion batteries, Quitter's engineers aim to preserve as much of the original fixtures and fittings as possible. Because there is less labor involved in the conversion because historic cars don't have modern conveniences like power steering or sat navs, the cost is lower. Although more unusual vehicles have also come through the team's Lambeth garage, Minis and Land Rovers are frequently included in the team's transformations. For the Peninsula Hotel Group, the engineers have given new life to a Lancia B2, a Bentley T2, and a London Taxi that was once owned by business tycoon Nubar Gulbenkian. 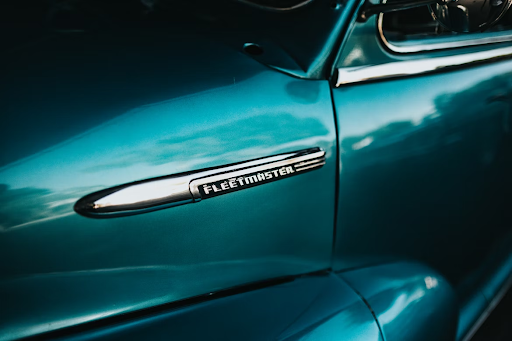 Straight into the Mass Market

Roy Campbell, a 69-year-old businessman in the electronics industry and a fan of vintage cars, was overjoyed to discover a way to merge his two interests. In February 2021, London Electric Cars installed a Tesla battery in the Bond Bug he had purchased in the 1970s. The fiberglass body of the wedge-shaped microcar encloses the driver and the engine. Campbell claimed that the mix of fumes, loudness, and heat wasn't enjoyable. Even though modifications are expensive, Campbell claimed that owners of historic cars might still benefit financially from doing so.

"The value is still there afterwards. It’s not like you’re throwing money away,” he added. On September 18, Campbell intends to drive the vehicle on the inaugural 95-kilometer London to Brighton Electric Vehicle Rally. The modified Bond Bug has an 80 km range between charges.
Since London Electric Cars began operations, other electric conversion businesses have entered the UK market, including David Beckham-backed Lunaz Design, which specializes in converting Rolls-Royce vehicles for as little as £350,000 (€410,487) at its Silverstone headquarters, the site of the British F1 Grand Prix.

And Lastly, a Piece of Advice

Consider converting your classic car to electric power if you're seeking for a more modern way to enjoy it. Electric car conversions are the ideal method to modernize your classic car without sacrificing its design or quality because they are simple to convert and environmentally friendly. Classic cars are ideal for us to work with and, after the conversion is complete, ideal for you to drive. And if you need to first purchase a classic before converting it into an electric vehicle, feel free to check out our rich and sumptuous inventory where you will find exactly what you need!