The Many Classic Cars Owned by Queen Elizabeth II

We recently wrote about Princess Diana’s fascinating car collection, and thought you would be interested in reading about the equally mesmerizing collection of another prominent member of the royal family - Queen Elizabeth II of Britain who passed away on September 8, 2022, at her Balmoral Castle, at the age of 96. The Queen ruled for seventy years with honor, compassion, and bravery. And throughout her life, she stood in for tenacity, gentility, and fearlessness. But she was also a fantastic fashion hero who encouraged generations to try again with tweed skirts and vivid outfits. Everything Her Majesty touched became gold. She was a beloved model, the subject of famous painters' inspirations, and a favorite of British car enthusiasts. The Queen was not just the only person in Britain permitted to drive without a license; she also enjoyed driving and was an enthusiastic car collector who possessed some of the most magnificent automobiles.

Her incredible collection of cars cost £14 million ($16.1 million), and it comprised one-of-a-kind Rolls-Royce, Bentley, and Jaguar models. Her Majesty also owned stunning automobiles like the Daimler Super V8 LWB, although most fans remember her as an ardent Land Rover Defender devotee. It is safe to say that Her Majesty was familiar with automobiles given that the Queen served as a driver mechanic in the Women's Auxiliary Territorial Service during World War II. These were also the most unique vehicles in Queen Elizabeth's amazing collection. 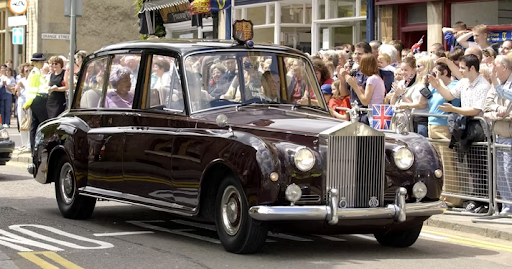 From 1959 through 2002, Her Majesty and the Duke of Edinburgh traveled aboard this magnificent car. The automaker rebuilt this magnificent vehicle, widely referred to as "the most exclusive of post-war Rolls-Royces," to include higher windows, allowing onlookers to get a good view of the Royal family. There were just 18 units made from this model, and it stood out for a few special reasons.

First of all, this was the first eight-cylinder production vehicle ever made by Rolls-Royce. Second, HRH Princess Elizabeth ordered chassis number "4AF2" of the first Phantom IV. She asked that the automaker deliver the vehicle to H J Mulliner rather than Hooper & Co. for bodywork.

Other famous clients were the Aga Khan, King Faisal of Iraq, the Prince Regent of Iraq, and Prince Talal al Soud Ryal of Saudi Arabia. The Shah of Iran ordered two cars, General Franco ordered three cars, the Ruler of Kuwait ordered three automobiles as well. The British Royal Family would ultimately preserve five of these magnificent vehicles. The Rolls-Royce is likely to be recalled by American admirers of the British Royal Family since it resembles the vehicle used on Meghan Markle's wedding day. The American actress and her mother rode in the same vehicle to Windsor Castle. HotCars notes that the 1955 Rolls-Royce Phantom IV State Landaulette sold for £800,000 ($920,880) at Bonhams' 2018 auction. 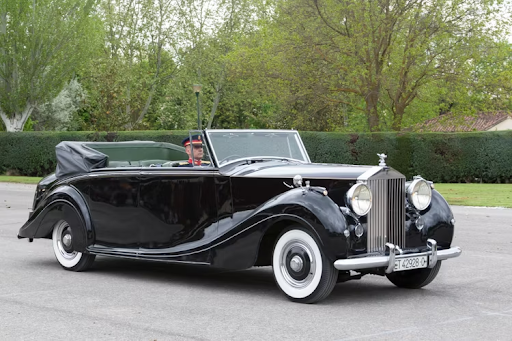 The Queen's collection includes the original Bentley Bentayga that was ever produced. The opulent SUV was custom-built by Bentley to the Queen's specifications. The first person to take possession was none other than Her Majesty, who was reportedly enjoying new levels of arm-waving luxury from the back seat, according to The Telegraph.Her Majesty seemed to enjoy traveling in opulent, powerful SUVs on her hunting expeditions. The Bentayga's twin-turbocharged 6.0-liter W12 engine produced 600 horsepower and 664 lb.-ft of torque, so it is safe to assume that it could transport the king quickly and comfortably to any location in the United Kingdom.

The monarch had this when she first started driving, and it was with her for a very long period. According to The Sun, the four-door saloon had "fold-down walnut tables and throne-like seats." Of the 33 units made, the Daimler Empress MkII that the Queen drove will be remembered as being very exquisite and ideal for the Royal family and nobility. 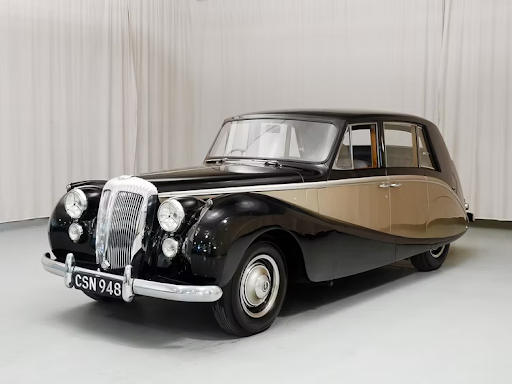 Another specially constructed vehicle for Her Majesty, this one was given to her in 2001. According to Motor1, the Queen traveled 15,242 miles (24,529 kilometers) in this vehicle over the course of three years. The 4.0-liter V8 supercharged engine in the Daimler Super V8 LWB produced 375 horsepower (280 kW). Additionally, the monarch requested numerous unique features for it, including a sliding holder for the Queen's handbags in the central armrest and flashing strobe lights for visibility and emergencies. Daimler also altered the ashtray to accommodate the security lighting system, which is still functional, and removed the cigarette lighters.

The Queen was spotted driving a Vauxhall in the early 1960s, which is fair to say is fairly surprising given her collection of Bentleys and Jaguars. The Vauxhall, though, complemented her rural lifestyle and passion for the great outdoors. According to The Telegraph, Vauxhall modified the car with "a dog guard for the corgis, a gun rack for pheasant shoots, and a fishing rod holder put into the top." The Royal Family has since chosen additional Vauxhall vehicles for their personal collection.

Her Royal Highness frequently showcased some of the most prestigious cars Britain had to offer by being spotted behind the wheel of some of the nicest cars on the road. And the mere fact that she drove ambulances as a driver mechanic for the Women's Auxiliary Territorial Service during the Second World War is in itself a fascinating fact to know about Queen Elizabeth II. It’s incredible how deeply women as prominent, beautiful and elegant as Princess Diana and Queen Elizabeth II were invested in the art of classics, and how vintage cars were an important and integral component of their public image and everlasting charm. We keep getting fascinated by the interesting stories that classic cars carry with them through decades and centuries, and we invite you to take part in the journey of surprise, astonishment and elegance by checking out our car library or simply taking a look at our visually compelling inventory of classic gems.