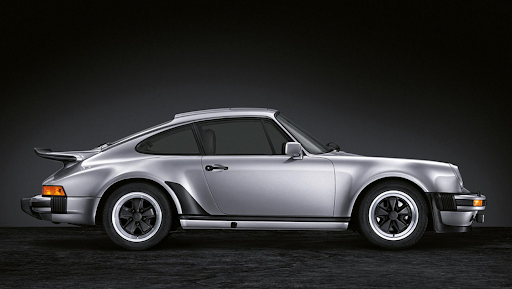 Porsche's 911 is regarded as one of the greatest cars of all time. Since its introduction in 1964, the Porsche 911 has generated a massive audience appeal and been a huge success on the rally and GT racetracks. Before Porsche expanded the engine multiple times over a 25-year period, the original Porsche 911 traveled from 0 to 60 in 8.3 seconds. Porsche is planning to release a hybrid version of the 911 in 2024, which will be equipped with modern technology to surpass and transcend anything ever seen before. In this post, we'll take a retrospective look back at the 55 years of fascinating Porsche history to see which model years outshine the others.

In the rich and sumptuous Porsche portfolio, the position of the earliest 911 was fairly straightforward: it was a larger variant of the 356, with two additional seats. The early 911 was not the strong race car that we are familiar with today. It was actually powered by a 148 horsepower 2.0L H6 engine with 140 lb.-ft. of torque. The original Porsche car (1964-1969) would accelerate from 0 to 60 mph in 8.3 seconds, a tenth of a second slower than the Honda Civic of 2021. Over the course of the 25-year period, Porsche did, nonetheless, increase the engine's size of its cars numerous times. 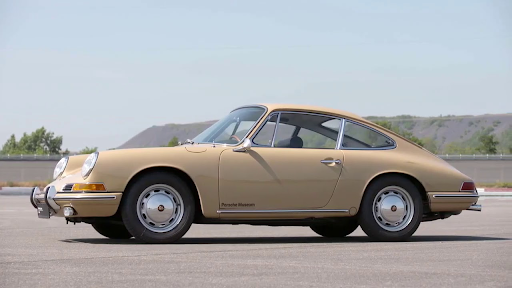 It would be a travesty to discuss the Porsche 911 car without mentioning the 930 classic, which is the turbocharged version–and a holy machine to most car fans. It was Germany's quickest production car when it debuted. This was a remarkable achievement, especially since it had to compete with other major German manufacturers such as BMW, Audi, and Mercedes-Benz. The 3.0L H6 engine in the first 911 Turbo produced 260 horsepower. Thanks to a significant upgrade in 1978, that engine grew to a 300 horsepower, 3.3L H6. An intercooler, anti-roll bars, and larger brakes were among the other enhancements.

Porsche claimed that the 964 sport car was 85 percent new when it debuted in 1989. According to Vehicle History, this car also came with a lot of cutting-edge technology. It was the first to feature a Tiptronic automatic transmission, as well as power steering and anti-lock brakes as standard equipment. It also introduced the Carrera 4, the first 911 classic car with all-wheel drive (the traditional RWD version of the 964 was labeled the Carrera 2). Porsche released a turbo version of the 964 once more. They didn't have enough time to turbocharge the 3.6L H6 engine of the car, so the 3.3L Turbo from the 930 was used instead. They also upgraded the configuration of the 930 car by reducing turbo latency. Until the 991 brought it back in 2012, this was the last version to offer the Targa roof. 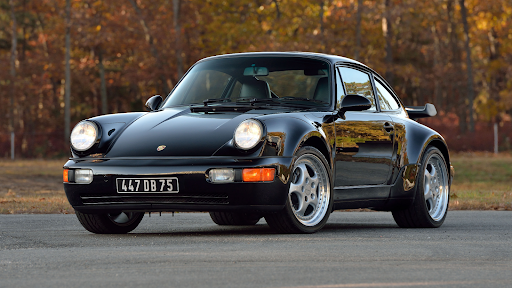 The Porsche 993 (1995-1998) sports car is often referred to as the 911 Holy Grail by fans, possibly due to its styling. Porsche fans fawn over the 993, which has jaw-dropping beauty. However, the majority of Porsche aficionados do not consider the 993 to be the best 911 classic because of its appearance. The 993's performance is what makes it flawless. When Porsche debuted the 993 car, they took great care and time and invested their efforts to address all of the issues that plagued the 964 car. They added a six-speed transmission, dual-flow exhaust, and larger brakes for the first time, in addition to boosting power by 15%. Porsche didn't stop there; the 964's power steering and all-wheel-drive systems were also enhanced. The 993 Turbo car took several risks. Rather than simply turbocharging the 3.6L engine for the first time, they decided to take it a step further and twin turbo-charge the car. To save weight, they introduced alloy hollow spoke wheels on the car. Then, Porsche decided to turn it up to 11 and release the Porsche 911 GT2 car. Although the GT2’s success speaks for itself, Porsche claimed it produced 450 horsepower. The last reason why the 911 car enthusiasts seem to go absolutely crazy in the presence of the 993 is that it’s the last air-cooled 911.

Even though the Porsche 996 sport car (1999-2004) wouldn’t be classified as one of the best Porsche 911 models, it would definitely rank first as the odd man out in the 911 car family, given the heartbreakingly little attention and love that it received in between 1999 and 2004, and even today. Porsche was in grave problems at the time, and they knew they needed a solution to help them get out of debt. As a result, they decided to entirely redesign their 911 in order to boost sales. This 911 classic has a new chassis for the first time in nearly 35 years since its introduction. It was also the first 911 car to include both a water-cooled engine and a GT3 variant.

Everything appears to be in order. So, what's the big deal? Because Porsche lacked the funds to thoroughly redesign the 911 car, the suspension and Targa roof system from the 993 car were retained. The fried egg-like headlights on the car, on the other hand, were the most vexing for Porsche lovers. This is ironic considering the Porsche 996 isn't the first car to use them. Porsche employed them on its 911 GT1 car in 1997, and no one seemed to mind. 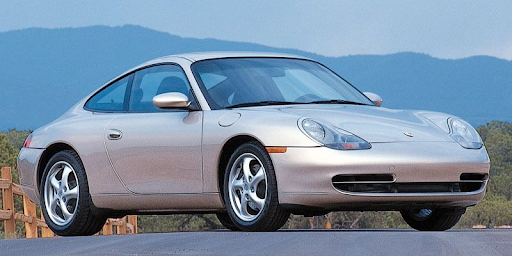 Unlike the 996, the Porsche 997 car (2005-2011) was warmly received, demonstrating that Porsche fans are willing to forgive and forget. It was simple for them to fit it into their garage since, with its comeback to round headlamps, it signified a striking divergence from the Porsche 996. In truth, when creating the 997 sports car, Porsche concentrated primarily on interior and exterior appearance. In 2009, Porsche restyled the 997 car for a mid-cycle facelift. They also didn't forget about the 911 brand's cornerstone: performance. They produced more than 30 variations, among which some of the quickest 911 cars ever made. These variants included the coveted GT2 RS car and the holy GT3 RS 4.0.

Once the Porsche 991 car (2012-2019) was first unveiled, admirers praised its appearance, proclaiming it to be the finest 911 in generations. The Porsche 911 was fully revamped for the 991, making it the third 911 platform in history. Purists quickly forgot about the appearance because they despised the new electronic steering, believing it damaged the 911's feel. When Porsche chose to make all Carreras turbocharged starting in 2015, they complained citing the same argument. Porsche, on the other hand, restored the initial Targa top on the car, which was similar to the one featured on the 964 car. For the very first time in history, they also provided a new seven-speed transmission. It was a successful 911, whether purists liked it or not; it managed to sell the one-millionth Porsche during its lifespan.

As noted by Vehicle History, the Porsche 992 car (2019-present) is the most recent iteration of the 911, and, like many other 911 models, this sports car is packed with extraordinary, cutting-edge technology for its time. Porsche initially only offered four models: the Carrera, Carrera 4, Carrera S, and Carrera 4s, all of which were powered by a 3.0L H6 Turbo engine. They opted to launch the Targa 4 and Targa 4s in 2020, as well as the Turbo and Turbo S. A 3.7L twin-turbocharged engine powers the Turbo and Turbo S. Porsche finally released the GT3 and GT3 Touring models in early 2021. The GT3 car is powered by the same 4.0L H6 engine that powers the Porsche 911. Porsche appears to be planning even more options for the 992 car, including a hybrid version that will be available in 2024. 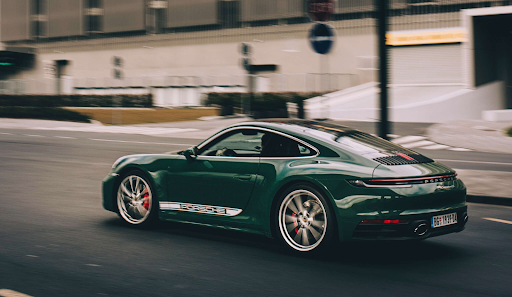 Porsche has been producing, sculpting and refining the Porsche 911 since as early as 1964, replacing any minor weaknesses and impurities with cutting-edge technologies, mesmerizing looks, and astonishing features. Over the course of those 58 years, the classic rear-engine sports car has evolved into a variety of forms, some of which are more popular than others. The 911 is soon to celebrate its 60th anniversary, so revisiting the greatest-ever Porsche 911 model years felt like a fantastic journey through time for us and, we truly hope, for you too. For more trips through the greatest pages of classic cars’ history and for an enhanced sense of heartwarming nostalgia, you can take a look at our enthralling inventory that is nothing but a celebration of the vintage charm and glow that never fades away.