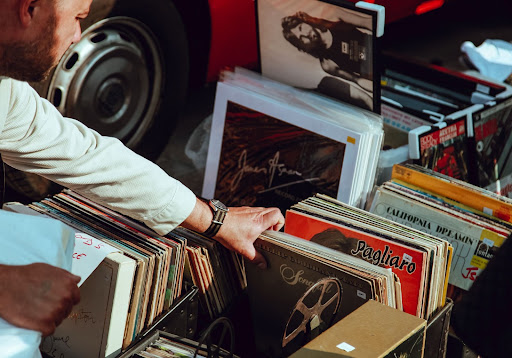 Only a handful of subjects elicit as much enthusiasm as old automobiles. Vintage maintenance guides, advertising pamphlets, scholarly assessments of the automobile industry in its origins, and gripping memoirs of early rally drivers and the automobiles they rode have social, cultural and historical relevance for both vintage enthusiasts and book lovers! We have chosen the best books on the topic of classic cars which you can read before sleep, during vacation, while waiting for the bus, and anywhere and anywhen else that you’d like! But let these books not be your final and ultimate encounter with classic cars, as these are stories seen and told by others. Feel free to create your story, your own best-seller worth reading and living! Choose your protagonist from our list of classic gems, and get ready for an exciting journey which generations would be willing to read about decades and centuries from today!

This book is a unique case.   Ard and Arnoud Op de Weegh initially wrote the title in their native language - Dutch, so the English language edition was released by Veloce. The Schlumpf Collection is without a doubt one of the most remarkable in the world, and it has long been known for its large collection of Bugattis, which were built in Mulhouse, in the place where the museum is situated. The famous brothers made their income in the textile industry, which allowed them to pursue their fascination for collecting exotic automobiles. However, when the worldwide textile industry crashed in the 1970s, they found themselves embroiled in controversy. Industrial turmoil erupted as a result of factory closure plans, and a public uproar erupted when the expensive but largely hidden private vehicle museum was found. Attempts to raise finances by selling the collection were stymied when the French government refused to let the historically valuable automobiles to be exported, and there is a widespread view that the Schlumpfs were mistreated by state action. The writers aim to correct the record by offering the Schlumpf side of the story. They resettled to exile in sovereign Switzerland and lost possession of their automobiles while the textile business vanished, but the authors attempt to correct the record by offering the Schlumpf perspective of the tale. It seems the story goes too far in the opposite direction, clearly prejudiced in favor of the Schlumpfs, but aside from that, it's a fascinating narrative of how the enormous collection came to be, complete with details on specific exhibits. Even though you're left wondering what the reality is behind the mystery, the title makes you want to go see the Schlumpf collection. 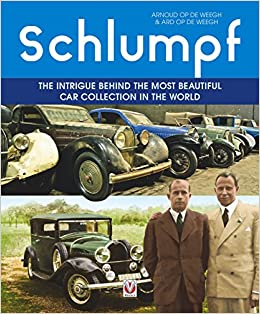 Gentlemen, Start Your Engines! The Bonhams Guide to Classic Race and Sports Cars by Jared Zaugg and Robert Klanten

Bonhams, one of the world's most well-known auction houses, is known to every vehicle collector and enthusiast. Their auctions of valuable and unusual automobiles frequently set records. In conjunction with the world's largest auctioneer of historic automobiles, author Jared Zaugg highlights the vintage race and sports cars that have marked their trace in the history of greatest automobiles for decades. Steve McQueen's Baja Boot race buggy and the 1925 Bugatti Type 22, which was discovered from Lake Maggiore after 75 years underwater, are among the remarkable cars on display. The imagery is stunning, and the backstories are equally fascinating.

Jaguar From the Shop Floor by Brian Martin

Learning about classic cars from people who know them best and who have witnessed their stories is an exclusively interesting and rewarding experience, especially given the fact that so much of what we hear about antique automobiles is made up of amateur gossip and conventional wisdom. It's also refreshing to learn about Jaguar from someone who worked on the manufacturing lines rather than in executive positions. The book  "Jaguar From the Shop Floor," is the perfect example of such a fortunate incident, with author Brian Martin chronicling his initial days as an apprentice at the embryonic Jaguar company in 1949, riding as much as 40 miles to and from work every day and working in vehicle assembly. He eventually transferred to the experimental department, where he witnessed the creation of the XK120. After National Service, he returned to Jaguar and worked on everything from the Mk2 through the MkX, and then the XJ program, where he worked as an electrical development engineer. Consequently, this literary masterpiece explores all of Jaguar's important pre-Egan periods and provides a previously unseen perspective on the corporation from the standpoint of individuals who actually build the cars. asWe won't give anything away, but many of the iconic senior people are presented to be not as pleasant and amicable as we thought they would be in real life.  Nonetheless, the book offers some captivating descriptions of mishaps and adventures in the experimental department, as well as insights into competitive car preparation, especially the Le Mans entrants. Overall, a fascinating book with a unique viewpoint, written in a language and style that is captivating and enthralling not only for vintage enthusiasts, but for anyone else interested in personal storytelling. 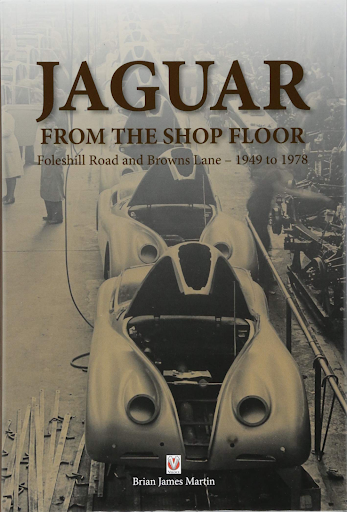 Giles Chapman, the author, is one of the top car journalists in the world. The engaging and thrilling style with which he composes his writings is a recurring feature in the several works he has published and edited. His impact is ever-present as editor in chief of 'The Classic Car Book.' The layout is easy to understand and delivers a great deal of informative details without being pretentious or boringly formal. He exhibits the greatest of British, American, and European and international classics. The book's eye-catching layouts took a lot of time and effort to create, with a remarkable amount of detail and images.

This may be a narrow title, featuring vehicles from 1970 to 2007 solely, but if you like Land Rovers, you will definitely find this read captivating and entertaining, whether military vehicles are in your area of interest or not. Land Rover's prosperity throughout this period was so closely linked to large military contracts that advancements that later emerged on civilian versions, as well as several development dead-ends, have a lot of relevance. The forward-control Llama truck is one of these cases, which made it to the prototype phase prior to getting rejected with the specter of BL hovering over it: the lightweight fiberglass cab supposedly cracked when personnel stood on the roof, and the army questioned the absence of a reliable diesel engine. The book encompasses not only the Range Rover and 90/110 models, but also the 127, Defender, and Discovery, so there's lots of information for Land Rover enthusiasts that will keep you engaged and motivated all throughout the read! Bonus point: the book is wonderfully illustrated, so it is not only a great captivator for the mind but also an aesthetic pleasure for the eye! 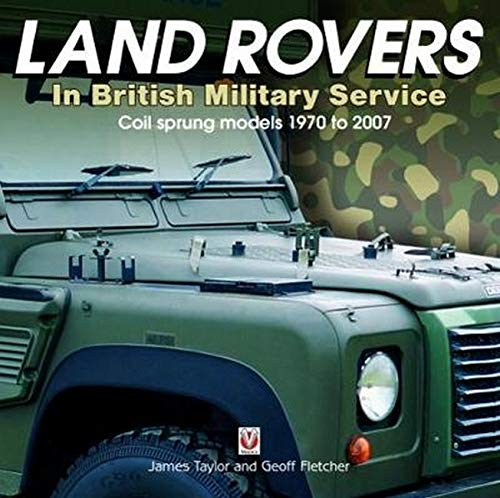 Morris Minor: 70 years on the road by Ray Newell

Ray Newell, the narrator of numerous canonical volumes on the Morris Minor, does not need an introduction to Morris Minor lovers. His most recent book, which celebrates the Moggy's 70th anniversary in 2018, is a pleasantly approachable piece rather than a dry history book. The text is thorough in its coverage of the Minor's evolution, enriched with a collection of images, old advertisements, and other items to make it a convenient and easy-to-follow book to enjoy.

There will be a new piece of interesting, previously unvisited (at times even intriguing) information even for the most ardent Morris Minor enthusiasts, so you are welcome to give this masterpiece a read and a chance to surprise you in a positive and pleasant way!

Dennis Adler, an award-winning novelist, historian, and photographer, is one of the most widely published automotive writers in the United States. Adler is regarded as a historic vehicle expert in general, but it's evident from this book that his favorite model has the leaping stallion's insignia. Adler selects the finest models from a superb collection of legendary automobiles spanning seven decades. He also includes Enzo Ferrari's time as a young race manager at Alfa Romeo. Former Ferrari racer Luigi Chinetti Jr writes the foreword, and there are many stunning, aesthetically pleasing images of the Ferrari in its native environment - the road!

You would anticipate a very thorough exploration with a subject of this kind, and we are glad to inform you that your anticipation is more than justified! With a wide-ranging handful of motoring publications under his belt and a stint working at Standard Triumph himself, Graham Robson and Triumph writer Richard Langworth have collaborated on an informative study. Opening with a comprehensive description of the corporation's roots of origin, the publication covers the entire history of the brand, including the Acclaim, as well as an interesting chapter on Triumph derivations such as Morgan, TVR, Peerless, and Doretti models. And with this book on Triumph Cars, we wish all your rides to be ultimate triumphs, and all your reads take you to places that you can visit only with classics and a big pinch of imagination.