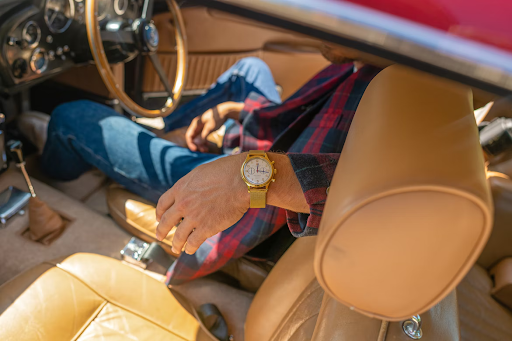 There are a few essential accessories that all classic car enthusiasts should have. However, how can you know what you'll require? The possibilities are nearly limitless, and sifting through online forums for guidance is both perplexing and stressful. Because everyone is so busy these days, we have put together a list of 12 of the greatest accessories for historic automobiles to save you time. Some of these products are definite must-haves, while others are simply useful, but anything you require will be found here.

Seat covers are a really useful thing to have if you drive a classic car with a bench seat. Especially if the upholstery is original. These horse blankets (even the inexpensive ones) are fairly durable and fit most common bench seats. They're also incredibly classic and go with the look of most antique autos. If you drive a modern automobile, you're in luck, because these bright and colorful attributes are also available for bucket seats and split benches.

It can be used as a gas pedal. It can be used as a high-beam switch. Another retro speed-shop prank that ruled the knick knack aisle once upon a time. According to Junkyard Mob, every youngster with a Duster or a rusted-out lead sled had a set of them back in the muscle car era. Every corner auto parts store used to stock the barefoot pedal. Cheap replicas are accessible in stores today, but Mooneyes continues to manufacture its characteristic barefoot gas pedal, and reproductions are available on Amazon. These products aren't particularly useful, but they do look nice.

The vintage leather key holder isn't really an automobile accessory. It's a throwback to a time when dealership swag originated from Ohio manufacturers. These key holders are little more than a leather flap with a brass button and a screw. However, they are useful, especially if you keep your keys in your jeans pocket. Originally, they were designed to prevent keys from being entangled in your clothing or rattling about in the ignition. These days, leather key holders are available to keep your keys from damaging your phone. 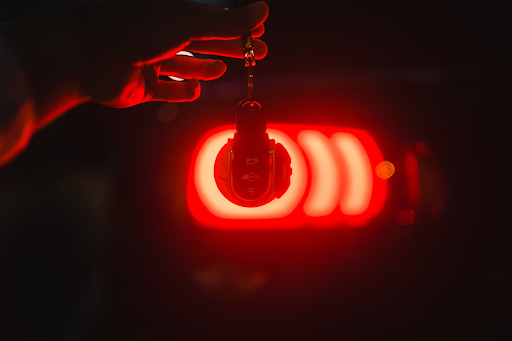 The classic orange 76 antenna ball is one of the most well-known foam spheres. In the 1980s, an early kind of gas station 'merch' was extremely widespread. Today, this seemingly small antenna ball has a devoted following, particularly among Volkswagen owners on the west coast.

Decorative antenna toppers like this aren't impossible to come by, but they're a lot more difficult to come by than they used to be.

Police cars aren't the only ones with spotlights. Indeed, spotlights were previously a standard feature on most cars and trucks. Between the 1940s and the 1980s, Americans drilled holes in their A-pillars and roofs to install these traditional lighting. Spotlights aren't only pretty to look at. They're practical and usually simple to set up. However, some jurisdictions have limitations on when and how a spotlight can be used. When driving, it's best to keep it pointed inward (and off). The iconic 'post-mount' spotlight is shown here. It gets its name from the fact that it appears to mount on a post. Just make sure you get the right mounting kit for the job.

Little Trees. They're timeless. They smell fantastic. They're also inexpensive. For a few dollars, you can obtain a three-pack. With dozens of scents to select from, there's no excuse not to pick up a three-pack for a few dollars. They are the pink lawn flamingo of automotive products.

Julius Sämann, a German-Canadian perfumer, created Little Trees in 1952. His basic fibrous cologne sponge was copied by many companies, but there is only one original Little Trees.

The history of fuzzy dice, like many other seemingly strange 'things' that car people do, dates back to World War II. Fighter pilots and bomber crews hung pairs of dice in their planes for good luck throughout the war. They're found on the zippers of vintage USAF flight jackets. So goes the story. Even yet, fuzzy dice first emerged in the early 1950s and quickly became a popular classic automobile decoration. Are fuzzy dice bothersome? Perhaps. They're also pointless. But when has that ever been an excuse for not buying car accessories? 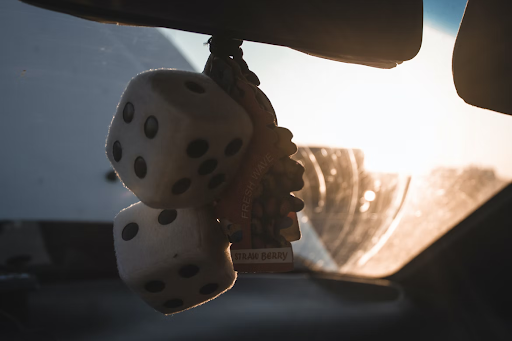 You've seen it before. You may not understand what it implies, but you have undoubtedly seen it. The Mooneyes sticker is the ultimate old automobile oval sticker. Mooneyes are still going strong today, and they're always up to something new. This is where Mooneyes originated.

Mooneyes is the growth of a company created by Dean Moon, a well-known drag car manufacturer. At the height of the hot rod and muscle car eras (1950s), Moon ran a speed parts supply firm (1960s-70s). Mooneyes bumper stickers and decals have become a hallmark of American car culture. These days, a Mooneyes sticker is still a good way to show other auto guys that you're into the hobby. It's one of those "if you know, you know" moments, and it's enough to start a cool conversation, about classics or anything else!

An anti-mist panel was a particularly pleasant Christmas present in the days before electric heated rear windows were standard on an average family saloon – and they might still be found on the extras' list as late as the late 1970s. Many historic car owners still want them, and they can be used in the same way that a transfer can. Although the inference that it would change a motorist into the James Bond of Acacia Avenue stands as a perfect example of 1960s illusion, our image shows how nicely one such compliments the Rover 2000.

The fact that a heating system was an optional extra on the cheapest common car models far into the 1960s is one example of how the past truly is another country. According to Hagerty, Copies of Motor or Autocar would often include adverts for cars like the 'Tudor Mk. III,' which, while not inexpensive at £6 10s, would make going to work in the dead of winter seem less bleak. 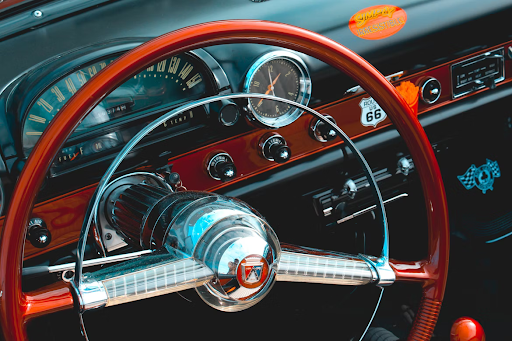 A car with tinted glass was virtually unmistakable proof that its owner had ‘made it' in intellectual circles in the 1970s, so why not pick up a kit from your local auto parts store? The first reason was that a customized 'Derek and Tracy' windscreen band that was prone to slipping off rarely boosted the resale value of your Triumph Toledo. The second was that a weekend spent tinting your Mini's windows black often resulted in poor visibility and being pulled up by the cops on the A27.

It's vital to remember that what constituted 'excitement' in 1965 was often extremely limited. But the plain-looking roof rack was more than just another way to transport luggage; it was an early indication that the driver had joined the ranks of 'sensible' automobile owners. Pipe smoking and writing letters to the local paper complaining about Freddie and The Dreamers' wildness would soon follow.

From time to time, we all notice something on a car that makes us say, "Man... that's actually super awesome." "I'd like to have one of those." That thing is frequently not new to the car scene. The automobile world is steeped in nostalgia, and gearheads may find an unending supply of vintage accessories. Several automobile clubs are familiar with these classic car additions. You don't even need a certain car to appreciate them. Above were 12 iconic automotive add-ons and classic car accessories that you may utilize to express your enthusiasm for classic car culture, in no particular order. But before you go ahead and purchase the accessories, it would be better to choose and purchase the vehicle which you can always accessorize later! If you don’t know where to start, you can always check out our inventory full of charming and fascinating classics, one of which may one day become the utmost beloved accessory of your life!